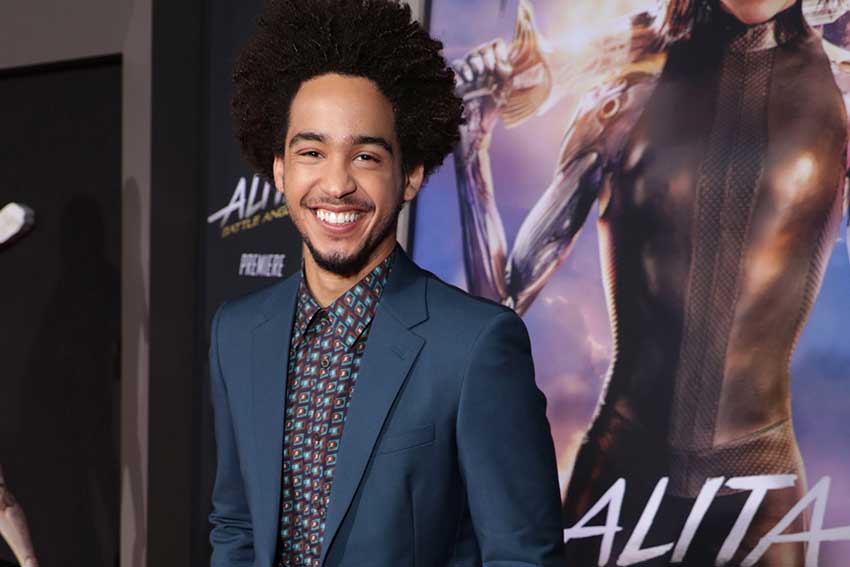 Relative newcomer Jorge Lendeborg Jr. is accumulating blockbuster movies under his belt with SPIDER-MAN: HOMECOMING, BUMBLEBEE and now with ALITA: BATTLE ANGEL. However, Robert Rodriguez’s ALITA is the first time the Dominican-born actor has worked with 3D cameras, and he’s talking about the experience and learning to play motorball for the movie.

Produced by James Cameron and Jon Landau (TITANIC, AVATAR, SOLARIS), ALITA is an adaptation of Yukito Kishiro’s Manga graphic novel series,“Gunnm.” Alita, a female cyborg awakens in a new body thanks to cyber medic expert Ido played by Christoph Waltz who becomes her father figure. She has no memory of her past but she's skilled at the martial art of Panzer Kunst. While Ito shields her from harm in the postapocalyptic Iron City, her new friend Hugo (Keean Johnson) takes her on new adventures in discovering her past.

In ALITA, Jorge Lendeborg Jr. plays Tanji, one of Hugo's friends but he's not fond of the new girl in Iron City. While Alita played by Rosa Salazar and the other actors playing cybernetically-enhanced human characters wore motion capture ("mo-cap" for short) suits, the set was there for actors as a backdrop. Jorge relished working on an actual set which was built at Rodriguez's Troublemaker Studios in Austin.

"It was amazing. I felt like I was in a classic Hollywood movie where the sets are still built. I don't feel like a lot of movies are made to that scale anymore, says the actor of Rodriguez's backlot behind his home. "There were no shortcuts taken the whole time."

Weta, Peter Jackson's digital visual effects company, was brought in to fill in the rest of the city which extended into the skyline. 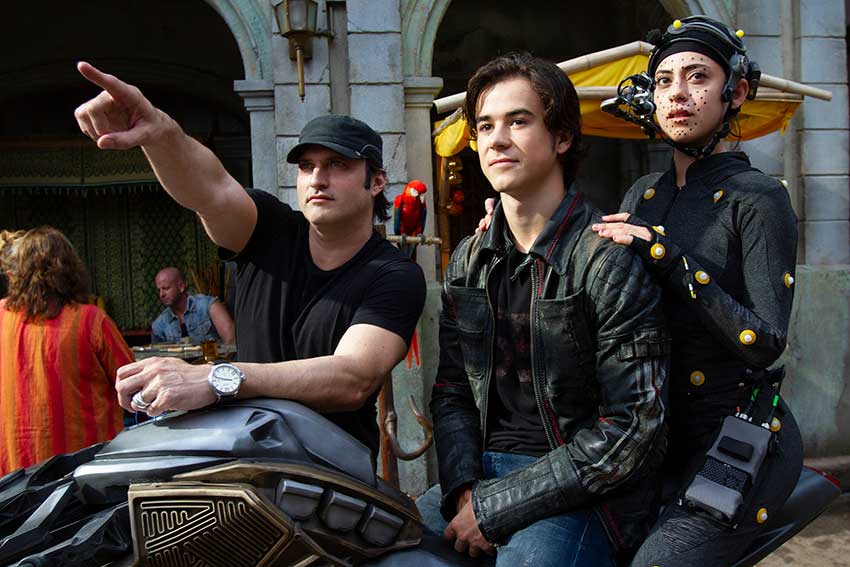 The 3D Fusion Camera-system invented by Cameron, Lightstorm and Weta for AVATAR was brought in for ALITA. Using the Simulcam system, facial performance capture system superimposes digital characters onto actors in real-time. Cameron doesn't mess around when it comes to using top notch 3D cameras. 3D cameras tend to be larger than the most cameras which should slow down production, but Jorge says the production was smooth sailing.

"We didn't have converted 3D footage, we shot in 3D. It's that's immersive from the beginning. We had about 50 to 80 performance Cap reference, cameras set up at any given moment in order to track whatever has to be tracked in order to make everything look seamless. Honestly, I still really can't believe they let me be a part of something so dope." 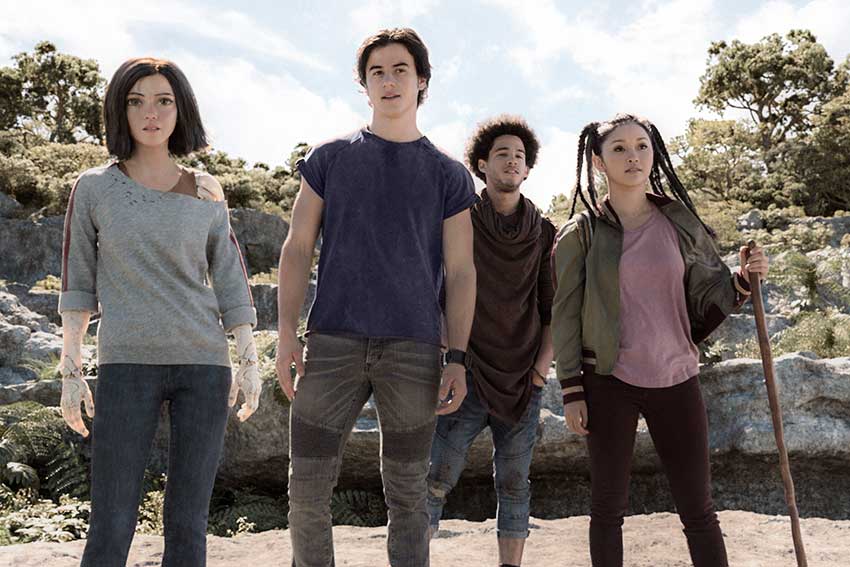 Jorge's skateboarding skills came in handy for ALITA. The sport of motorball is a pastime for the residents of Iron City both on the street and in the arena. Motorball is essentially racing on motorized rollerblades. The actor and his co-star Lana Candor ("Deadly Class," "To All The Boys I've Loved Before") took rollerblading training for about a week, says the young actor.

Movie magic was also used in his motorball racing scenes. The actors wore rollerblades but they were digitally replaced with the futuristic skates in post production. While rollerblading was no big deal, he left the tough stuff to a professional. 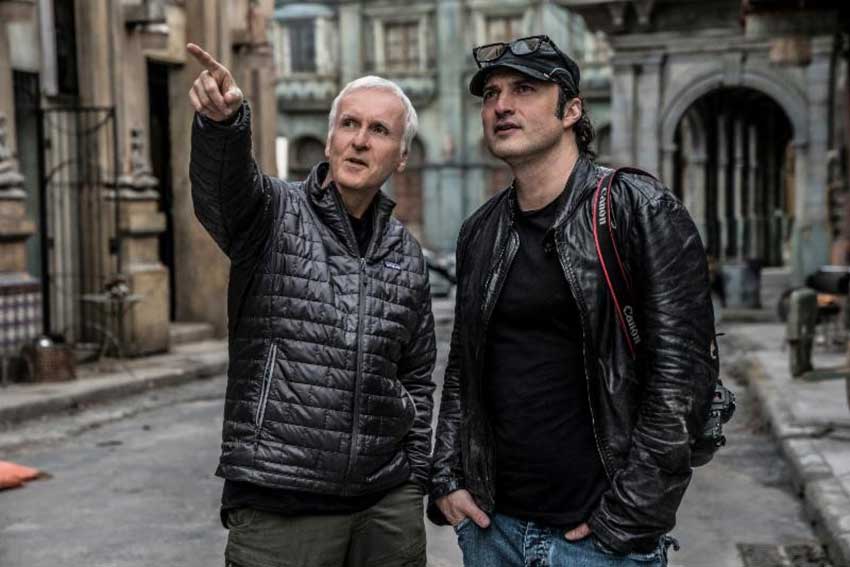 Up next for the actor is a more personal project. Next Jorge Lendeborg stars in John Leguizamo's directorial film debut, CRITICAL THINKING playing a real life teen in the true story of the Miami Jackson High School chess team who were the first inner city team to win the U.S. Natonal Chess Championship. He can relate to his character, Ito Paniagua in many ways.

"He's at Dominican kid who lives in Allapattah, Miami," says the Dominican-born actor. And Miami is actually my hometown. It's based on a true story. Ito is Dominican and so am I. First and foremost, I'm really happy to be playing something that's so close to home."

Secondly, he thinks it's important to represent people of color and show that "intellect belongs to everybody." He was also looking forward to working with one of his childhood icons.

"I wanted to jump on this project as soon as I read it. And also being able to act with John Leguizamo and see him direct. He's a real character actor, a real actor's actor so to be able to battle against John and to learn from him, that was really special because as a Latino actor, I really looked up to him growing up and he's amazing."

Like Leguizamo and Rodriguez, Jorge Lendeborg Jr. is now someone young minds can see themselves portrayed on screen.