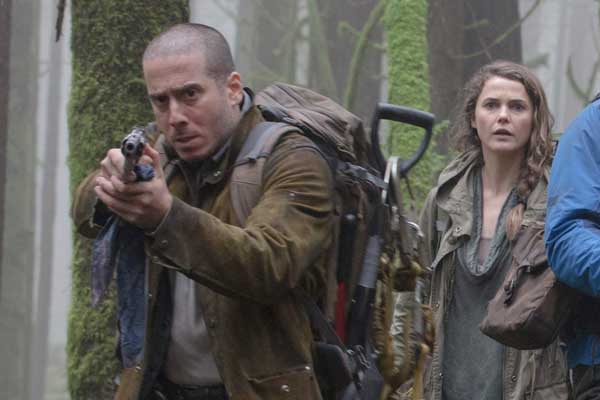 DAWN OF THE PLANET OF THE APES actor Kirk Acevedo has been around the Hollywood block, but shooting the sequel to “Rise of the Planet of the Apes” proved to be a unique experience because of Mother Nature and the 3D cameras that didn’t always work on set.

Best known as Alvarez on HBO’s series gritty OZ, Kirk Acevedo has worked on many television series ("CSI," "Law & Order") and movie projects, most recently as a regular on FOX’s Fringe, but production on DAWN OF THE PLANET OF THE APES was different than any other thing he’s ever done. In DAWN OF THE PLANET OF THE APES, Acevedo plays Carver, one of the humans who are at odds with the walking, talking apes. While most viewers would consider his character “unlikeable,” Acevedo doesn’t view his character as a “bad guy” rather someone operating out of fear. He's reacting like any other normal person would if a human-like ape approached them.

More than 85 percent of the movie was shot outdoors including in the forests of Vancouver, Canada for 30 days of wet and 30 degree weather. Add brand new 3D cameras and complex performance capture work to create photorealistic apes to that mix, and you have one complicated production. Acevedo tells CineMovie that shooting in wet and cold environment was “brutal” for the first month. “But it was gorgeous at the same time.  But it was very, very cold,” he recalls of the Vancouver forests. 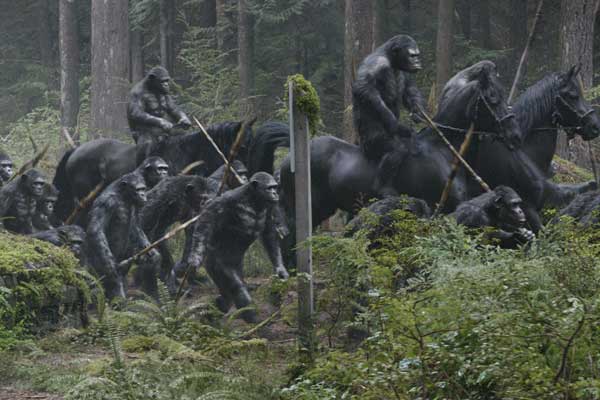 The brand new 3D cameras also couldn’t handle the moisture, and broke down, according to Bronx native, which caused delays on the set for the first to two weeks of production. Shooting in native 3D in outdoor locations for such a long amount of time has never really been done before so it brought all sorts of technical problems to the making of DAWN OF THE PLANET OF THE APES unlike “Rise of the Planet of the Apes” which featured mostly interior sets.  “Once they got a handle of the cameras, it worked smoothly, but the first week or two, it definitely was learning on the job,” says Acevedo.

Acevedo also had some adapting to do while working opposite actors like Andy Serkis in motion capture suits. “That was probably one of the most difficult things, he tells CineMovie. He’s looking at actors hunched over, wearing Velco/spandex motion-capture bodysuits or “grey leotards" as he puts it, with black dots pasted all over their face, and a camera mounted on their helmet recording their facial expressions. Over 50 actors performed as apes on set.  To capture photorealistic apes, Weta Digital employed 35 people on each unit along with 50 or so mo-cap cameras and witness capture cameras that are constantly rolling. As you can imagine, the DAWN OF THE PLANET OF THE APES set was very crowded. 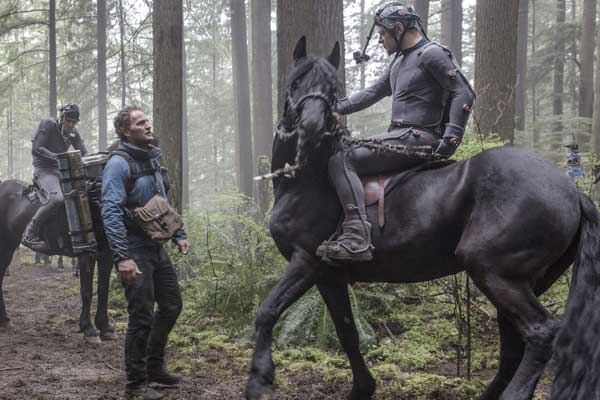 To achieve any scene opposite apes, Acevedo explains he and the other actors had to shoot four different passes of the same scene. One pass included acting with the motion-capture actor, then another in front of a screen, then one with a silver ball and a final pass by himself in which he had to keep the timing. “It could be very difficult at times,” he adds, but he got into the swing of things after a week on the set.

It was all worth it for Kirk Acevedo who got to work with one of his ideals. “I got to act with one of my acting heroes. I was with Gary Oldman. It was a great experience.” Another plus for the actor was working on a film of this scale and one that he was a fan of since childhood. “I grew up watching and fan of the "Planet of the Apes" movies.” 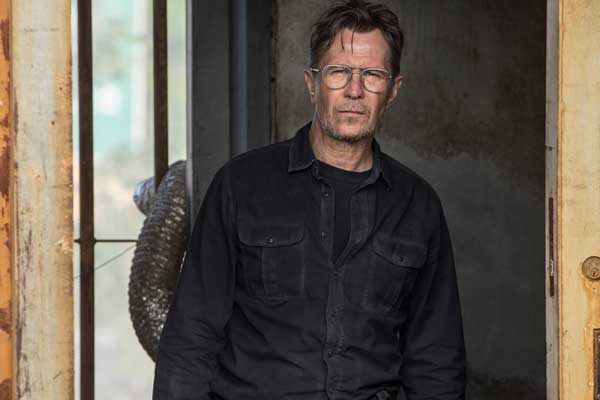 Kirk Acevedo isn’t done with sci-fi and post-apocalyptic themed projects as he’s set to co-star in the new Syfy television series “12 Monkeys” inspired by the 1995 movie starring Brad Pitt and Bruce Willis, but Acevedo says the characters are different than the movie. “It’s totally up my alley,” says the sci-fi fan of the series premiering January 2015.

But the one dream project the trained theater has yet to play is anything to do with William Shakespeare. “If you ask me what I do well, I do Shakespeare wells” says the fan of the 17th Century English poet and playwright. However, he doesn’t know if it will ever happen in his lifetime because Hollywood doesn’t think of him when a Shakespeare project comes up. “You don’t get hired for what you think you can play, you get hired on how people see you.”  The actor of Puerto Rican descent calls himself “fortunate” however, in that he’s been able to crossover and play different ethnicities although he has been stereotyped because of his Spanish last name.  Did he ever consider changing his name as other actors have done in the past? “I want jobs because I’m a good actor, not because I have a cool or slick name.”

DAWN OF THE PLANET OF THE APES swings into theaters July 11th.