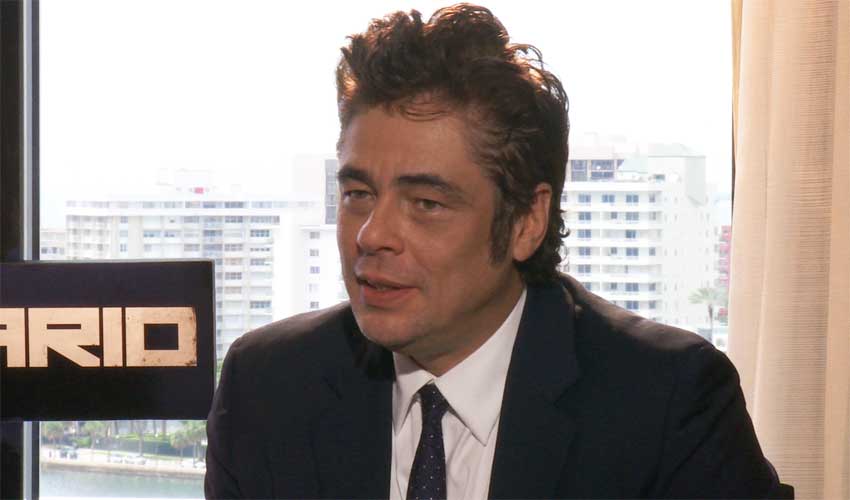 Who knew Benicio del Toro was a huge Star Wars fan. Actor Benicio del Toro is known for his work as a serious character actor with Guardians of the Galaxy being his only blockbuster film under his credits. The Sicario star, however, recently signed on to star in Star Wars: Episode 8 as the rumored villain, and it turns out Star Wars was one of the films that "marked his life." Watch CineMovie's interview with the native Puerto Rican who lists his favorite movies growing up along with his SICARIO co-star Maximiliano Hernandez who shares the same tastes in movies.