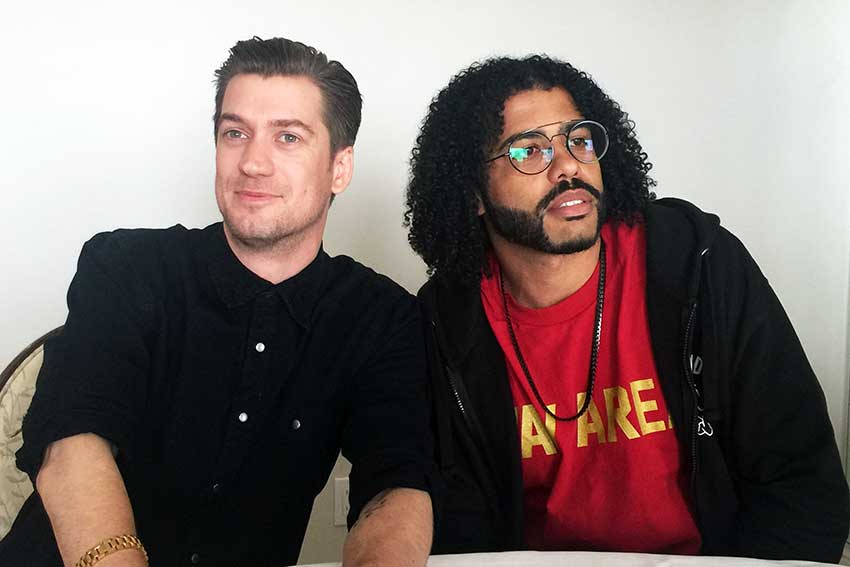 Daveed Diggs and Rafael Casal co-wrote and star in BLINDSPOTTING, a groundbreaking movie that uses spoken word to reflect on the societal ills consuming people of color specifically in Oakland where both men have roots. CineMovie sat down with Diggs and Casal to talk about blending real-life issues around a buddy comedy. Watch interview below.

In BLINDSPOTTING, lifelong friends Miles (Casal) and Collin (Diggs) navigate the changing landscape of Oakland with gentrification taking hold of their community. Collin has three more days on his year-long probation, and his troublemaker friend Miles searches for trouble wherever he goes. One night while waiting anxiously for a red light to change in order to get home for his 11pm curfew, Collin witnesses a white police officer (Embry) gun down a black civilian, an incident that haunts Collin over the next few days. Miles purchases a gun which ends up in the hands of his young son Sean, an incident which horrifies Sean's mother Ashley (Cephas Jones). Collin begins to realize that Miles' recklessness will likely land him into trouble, and the two are set on an explosive collision course.