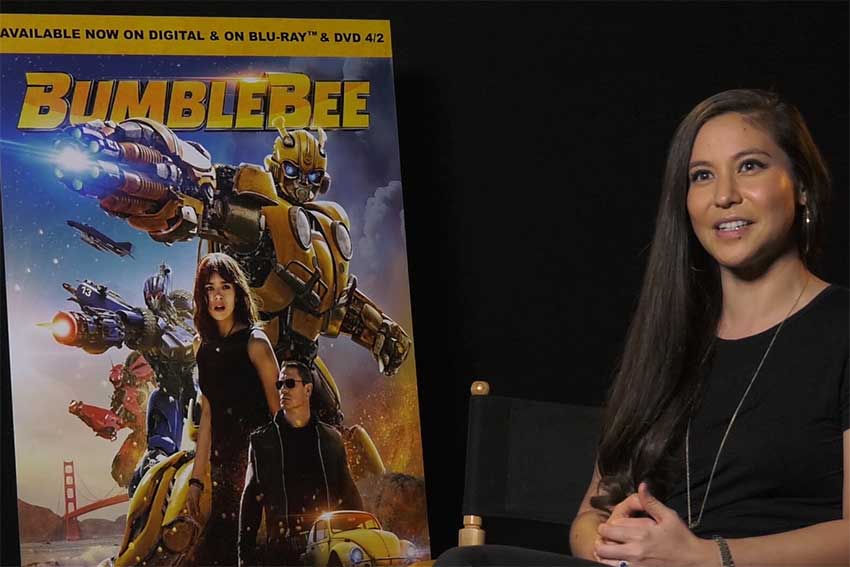 BUMBLEBEE screenwriter Christina Hodson gave great depth to Hailee Steinfeld's Charlie character in the latest Transformers movie, now on Digital and Blu-ray. CineMovie sat down with her to talk about writing a balanced female perspective for the movie and her next projects which includes the all-female DC superhero movie, BIRDS OF PREY starring Margot Robbie as Harley Quinn.

Christina Hodson reveals she was a development executive before breaking out as a screenwriter. Her prior credits include SHUT IN (2016) with Naomi Watts and UNFORGETTABLE (2017) starring Rosario Dawson and Katherine Heigl. Her upcoming writing projects include BIRDS OF PREY (AND THE FABULOUS EMANCIPATION OF ONE HARLEY QUINN) which is now in production and a remake of THE FUGITIVE. She also gives us the scoop on the current status of BATGIRL. Watch below and also get a behind the scenes look at other women behind BUMBLEBEE.

On the run in the year 1987, Bumblebee finds refuge in a junkyard in a small Californian beach town. Charlie (Hailee Steinfeld), on the cusp of turning 18 and trying to find her place in the world, discovers Bumblebee, battle-scarred and broken. When Charlie revives him, she quickly learns this is no ordinary, yellow VW bug.