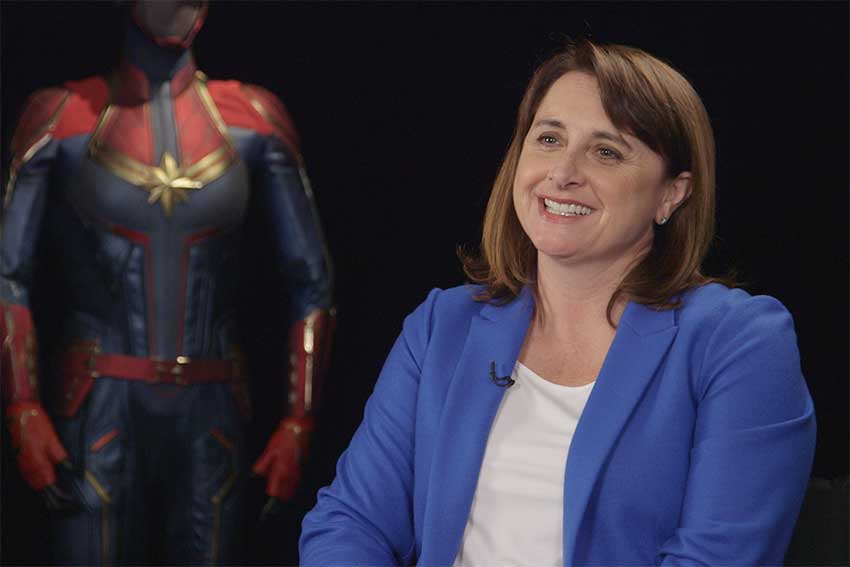 CAPTAIN MARVEL comes to home release and we’re talking to Marvel executive Victoria Alonso for some behind the scenes deets on the first female superhero lead and why they scrapped plans to debut the Marvel superhero in AVENGERS: AGE OF ULTRON.

While they stumbled out the gate with THE INCREDIBLE HULK (2008), since then Marvel Studios has released the highest grossing superhero films. Marvel president Kevin Feige isn't the only one driving the success of the Marvel films. Behind the scenes, a Latina wields power in the making of the movies. CineMovie sat down Victoria Alonso, Marvel's EVP of production and executive producer of AVENGERS: ENDGAME and INFINITY WAR, BLACK PANTHER, SPIDER-MAN: FAR FROM HOME, CAPTAIN MARVEL and tons or other titles including the upcoming BLACK WIDOW stand alone. We sat down with the Argentinian born executive to talk girl power and why it was important to diversify and make female-led superhero films.