If a doll like Chucky could come to life, then CHILD'S PLAY star Aubrey Plaza would love it if her favorite childhood toy - her New Kids On The Block dolls, could come to life. And if these dolls are evil, she wouldn't mind dying at their hands. Now that's what you call a die hard fan. CineMovie's Valentina Patruno sits down with the star in Miami to talk Chucky 2.0. and who is scarier, Chucky or her "Legion" character, Shadow King?

Chucky is updated in a reboot of the CHILD'S PLAY franchise. As Aubrey explains, this Buddy doll isn't possessed by an evil soul, but technology gives birth to the killer doll. She reveals how she got over having nightmares about the tiny tyrant while filming, and how Chucky was sometimes on set.

In CHILD'S PLAY, Aubrey Plaza plays a single mom named Karen who buys the Buddy doll for her young son, but it's not exactly the friend she imagined for her kid.  CHILD'S PLAY is in movie theaters June 21. 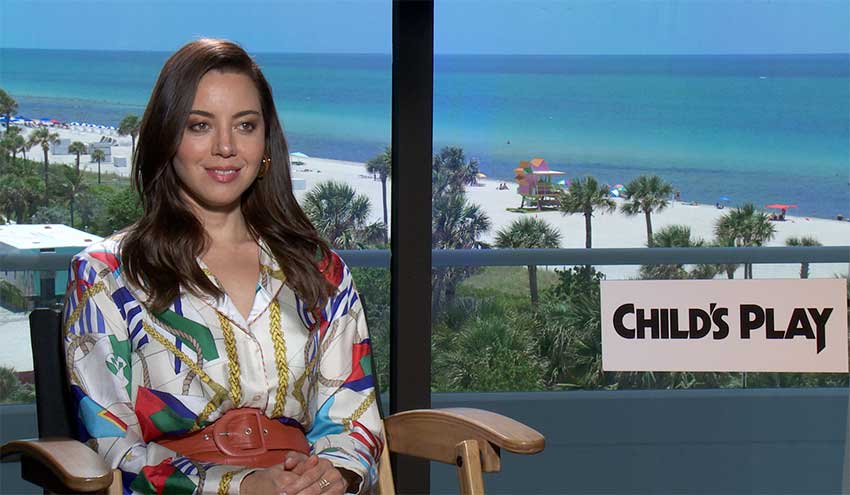