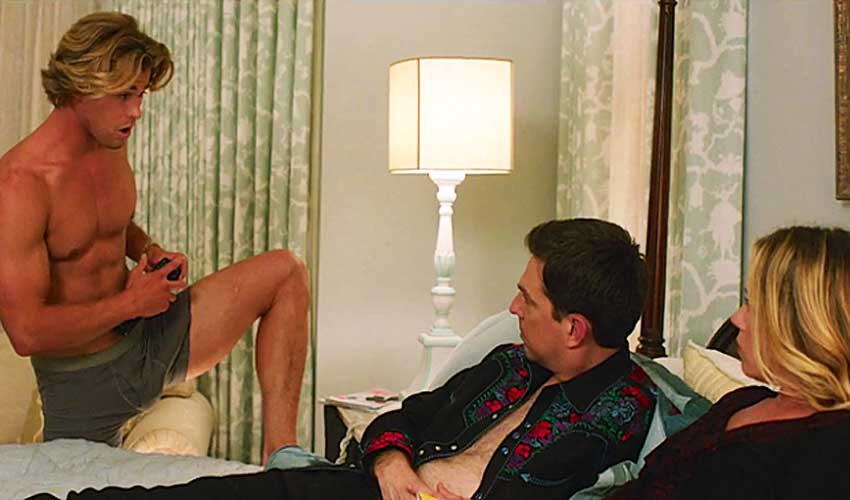 Chris Hemsworth is flexing a different kind of muscle in his scene stealing performance in VACATION. The Thor star impressed his co-stars Ed Helms, Christina Applegate and directors John Francis Daley and Jonathan M. Goldstein with his comedic timing and of course his impressive abs. Listen to the interview below.

Many Chris Hemsworth fans don’t know the Australian hunk as a comedian, but after watching his funny turn in VACATION they may be seeing him in a different light. Although Hemsworth has a small role in the film, he leaves quite an impression on viewers, and on his VACATION co-stars and directors. One scene called for a shirtless Hemsworth to walk into Rusty (Helms) and Debbie’s (Applegate) bedroom and show off his rather large private part through the outline of his boxer shorts. Hemsworth wore a prosthetic appendage during the scene.

Ed Helms tells Cinemovie he couldn’t keep a straight face during that scene, but luckily he was off camera. Helms adds he was surprised by Hemsworth comedic chops. “He sold it so amazingly. It was a big win for us. I wouldn’t have done that.” 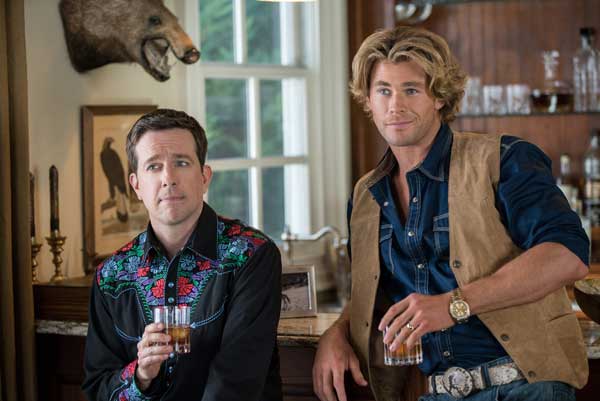 Christina Applegate, on the other hand, joked around during that uncomfortable scene where Hemsworth is parading around in his shorts. However, she recalls the time on set before that. She says they are upstairs trying on different sizes of prosthetic penis’ and when he came down downstairs to model off the “hero” penis, their was “silence in the air” not because of the fake appendage but his sculpted body. “We are all so damn impressed,” she says. “How can any body look like that. What exercise does one do to sculpt out the abdominal area in such a way that is unique to anything I’ve seen before except for the David. We were all freaked out like that. She jokes men, women and children were left with their mouths “agape.”

VACATION directors John Francis Daley and Jonathan M. Goldstein also complimented Hemsworth’s comedic timing, and say he was game for anything they threw at the Thor star including modeling his weather man persona after Los Angeles weatherman Dallas Raines, and going through penis fittings, which was perhaps the most “weirdest moments” of their career.