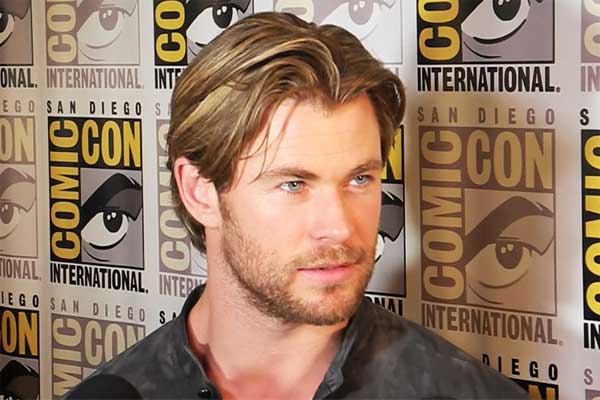 The always good-looking actor spills the beans on what we can expect to see in AVENGERS: AGE OF ULTRON at Comic Con and just because he's been replaced by a female Thor in the comics doesn't mean he wants to stop playing Thor anytime soon.