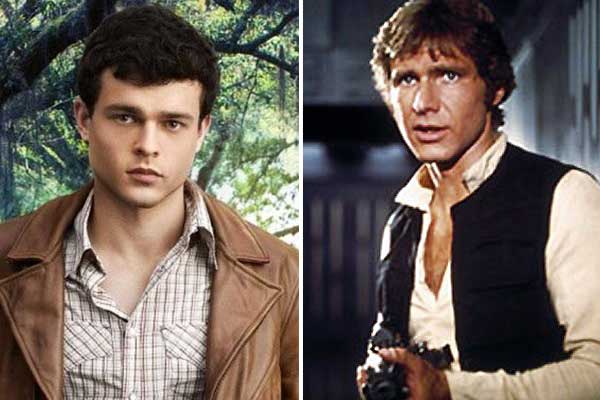 The stand alone Han Solo movie is curently in pre-production in London with directors Phil Lord and Christopher Miller (THE LEGO MOVIE). Cinematographer Bradford Young (ARRIVAL, SELMA, A MOST VIOLENT YEAR) will be the director of photography for the untitled Han Solo Star Wars anthology film, and he's giving us the scoop on the current status of the project. Watch video below.

While talking about his work for ARRIVAL directed by Denis Velleneuve, we took the opportunity to ask the director of photography where he's at with the Han Solo film starring Alden Ehrenreich as the young scoundrel and Donald Glover playing a young Lando Calrissian.

ARRIVAL is in movie theaters November 11 while the Han Solo stand alone movie is a long ways away with a release date of May 25, 2018.
blog comments powered by DISQUS back to top