Interview: Diane Keaton Wants To Play Someone 'Vile and Disgusting' 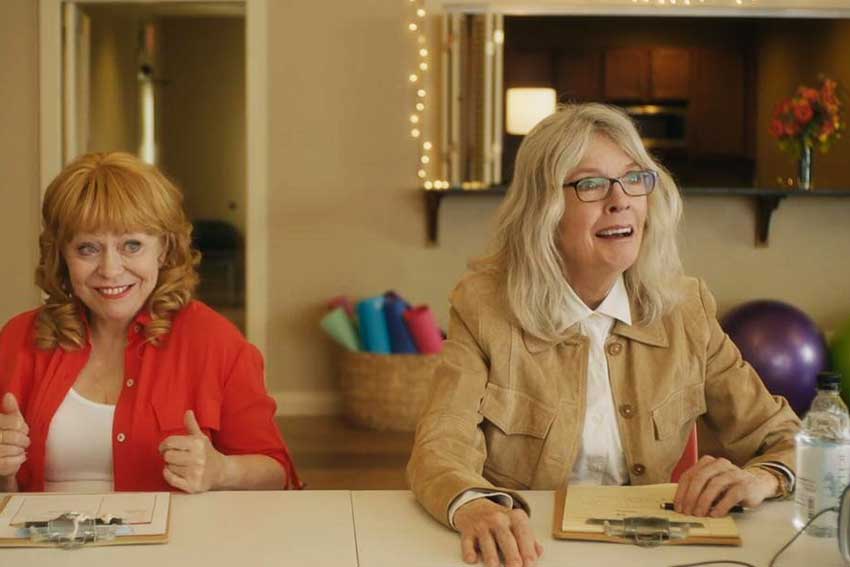 POMS star Diane Keaton is a Hollywood veteran but there's still one role that eludes her - that of a villain. Keaton says she hasn't had a chance to put on a wig and make-up to play the evil witch or someone so disgusting and evil unlike herself of course. We told her we'll help get the word out because her fans would like nothing more than to see Oscar-winning actress play it up evil.

Known for her comedic and dramatic roles (THE GODFATHER Trilogy, ANNIE HALL, SOMETHING'S GOTTA GIVE), it is true she hasn't played a villain in her long career. Her latest role is of a dying woman wanting to experience her last hurrah as a cheerleader in POMS starring Pam Grier, Rhea Perlman, Jacki Weaver, Celia Weston and Alisha Boe (Netflix's "13 Reasons Why").

Listen to why Keaton would love to play a villain who's "vile and disgusting" below.  Catch her dancing and having a good time in POMS opening in movie theaters Friday.

POMS is an uplifting comedy about Martha (played by Diane Keaton), a woman who moves into a retirement community and starts a cheerleading squad with her fellow residents, Sheryl (Jacki Weaver), Olive (Pam Grier) and Alice (Rhea Perlman), proving that it's never too late to follow your dreams.