Diego Luna returns to "Narcos: Mexico" season 2 playing infamous drug lord Miguel Angel Felix Gallardo. At the premiere at the #Netflix headquarters in Los Angeles, CineMovie asked him if he was ever tempted to talk to the real narco now serving time in jail.

"Narcos: Mexico" season 2 continues the story of Miguel Ángel ​Félix Gallardo, now the Godfather of the first Mexican cartel – the Guadalajara cartel – as he struggles to maintain control, grow his empire, and reconcile the betrayals and sacrifices he had to make on his way to becoming El Padrino. As friction between the different “plazas” of his cartel rises, Fé​ ​lix’s control over the situation slips. Meanwhile, the death of DEA agent Kiki Camarena at the hands of the cartel and corrupt politicians brings a hailstorm of retribution to Mexico. “Operation Leyenda” led by the dogged DEA agent Walt Breslin, whose methods aren’t always by-the-book, targets Fé​​lix Gallardo and his chief lieutenants, adding to the instability and volatility of the cartel. 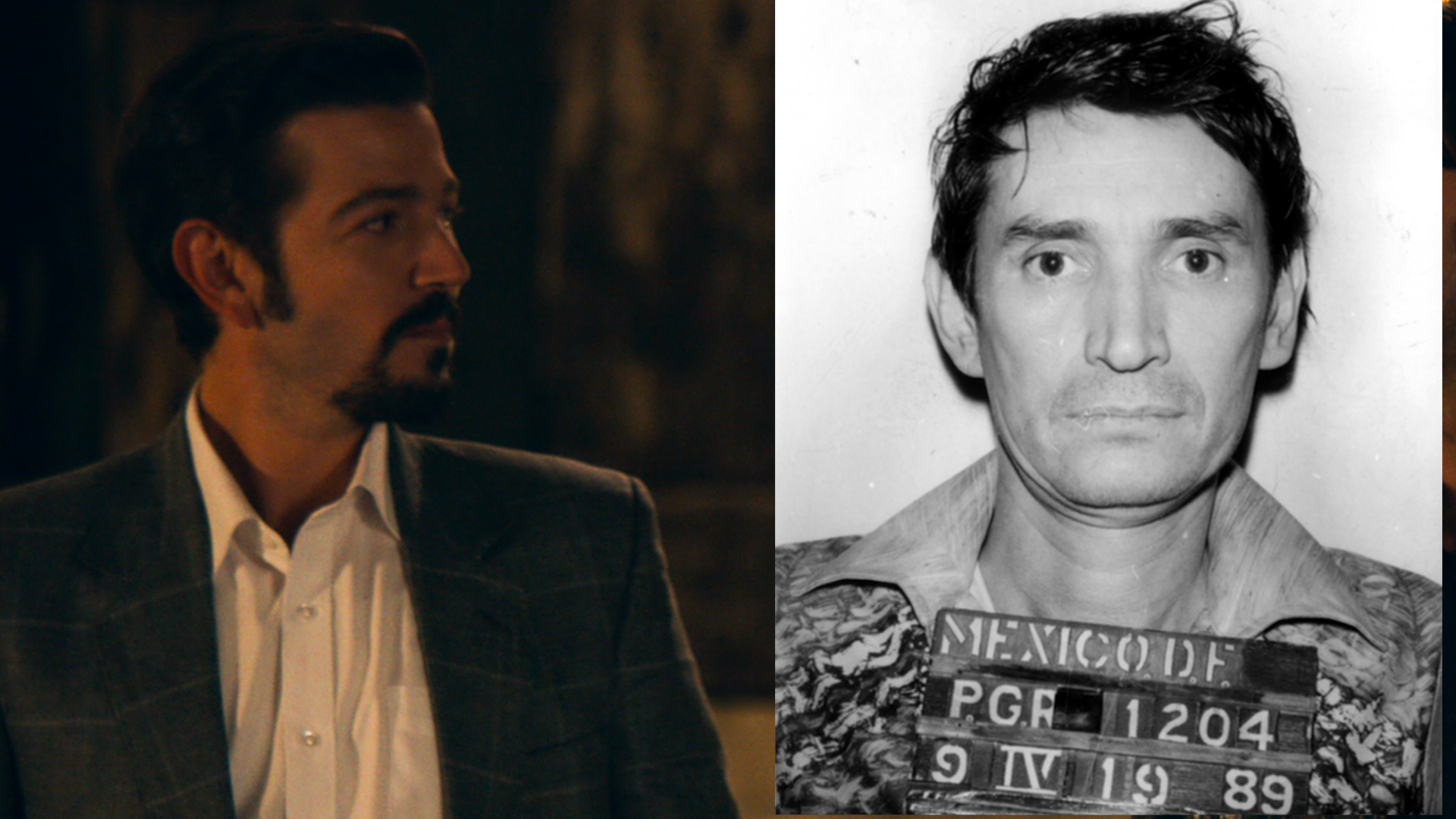