'Divergent’s' Jonny Weston Takes Us Behind The Scenes on 'Allegiant' 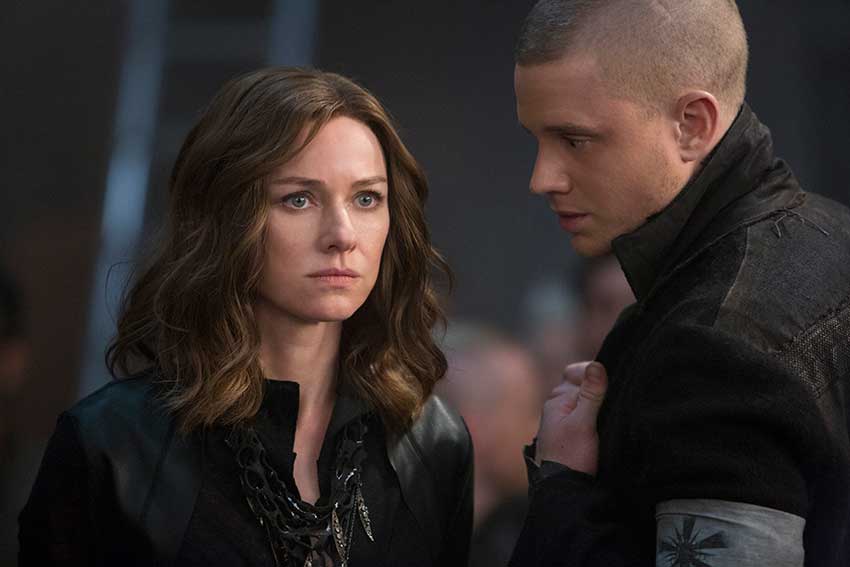 The saga continues with THE DIVERGENT SERIES: ALLEGIANT coming to Blu-ray and DVD July 12. One of the stars of ALLEGIANT, Jonny Weston tells CineMovie he had a great time playing the bad guy, driving a 500 horsepower truck through the man-made desert during the production and messing with his co-stars while shooting the film.

In the third movie in THE DIVERGENT SERIES based on the Veronica Roth novels, Weston's character (“Edgar”) steps up into the role of the enforcer under the new self-imposed leader Evelyn played by Naomi Watts. Tris (Shaliene Woodley), Four (Theo James), Christina (Zoe Kravitz), Peter (Miles Teller), Caleb (Ansel Elgort) and Tori (Maggie Q) plan their escape from Chicago and the iron-fisted rule of Four’s mother Evelyn with Edgar (Weston) in hot pursuit. They go beyond the wall into the Fringe, a toxic desert wasteland.

Jonny Weston (PROJECT ALMANAC, CHASING MAVERICKS) reveals the Fringe was an actual outdoor set which the production crew built by transporting colored sand, and creating a vast and endless desert in Atlanta, GA.

“This is legitimate. This thing was massive. You couldn’t see the end of it.”

The Chicago sets were also built out in massive sound stages with 100 feet tall walls and buildings. There was no green screen in either of those scenes which Weston prefers.

“It makes my job easier for me to imagine being there.’

The man-made desert set turned out to be a playground for the 28-year-old actor. Shooting the scenes in the Fringe was his favorite part of the production as he played out a Mad Max scenario with a souped up vehicle to drive around the desert.

“All that is real. They literally gave me a 500 horsepower truck and gun with fake loads. How often do you get to do that?”

He admits he got one of the trucks stuck in the sand, and they had to dig him out, but he felt no guilt as the production had 8 trucks in their arsenal.

Atlanta is known for its sticky heat, and although Weston describes the climate as “brutal” and “hot,” he didn’t have much issue with it unlike his co-stars. As a native of South Carolina and an avid off-roader in the deserts of California, Weston says he handled the blazing temperatures unlike many of the native Californians who  "suffered.”

Like on any film production, there was plenty of downtime and the ALLEGIANT actors often got creative in pranking each other, but Weston tells CineMovie he preferred to take that time to work on his character and keep the tension high among the actors.

“I did a lot of my preparation alone by the nature of my character. I spent time away from the other actors, but we were friendly and certainly got along.”

Weston explains he didn’t merely want to be the aggressor but bring a “soul to the character,” and for that he watched Joaquin Phoenix’s performance in GLADIATOR in which jealousy and love of violence drives that antagonist’s motives. Furthermore, since Edgar is not a character from the Roth novels, Weston had much more freedom to make it his own. As part of his research process, he read through a few comic books to inform his character. 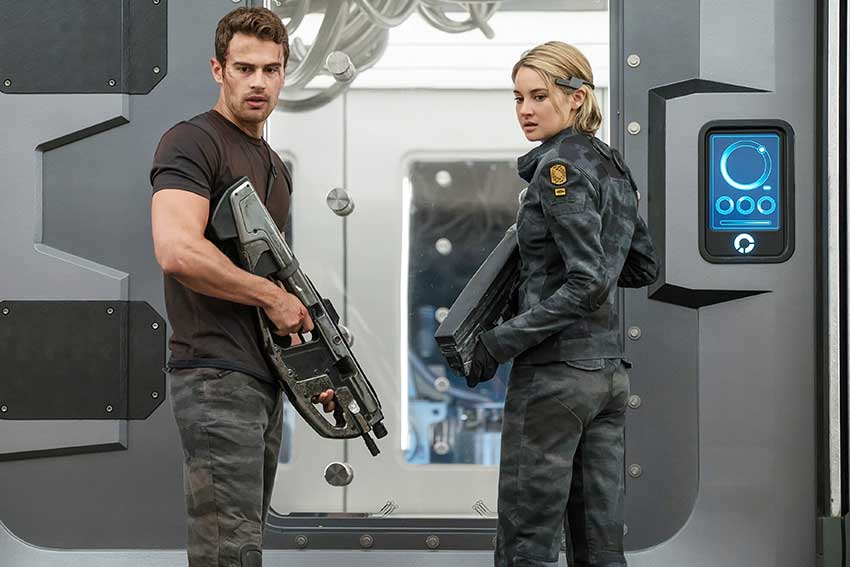 Besides going method, Weston employed mind games with his co-stars by improvising during key scenes.

Weston says he often surprised Theo James during takes, but he was a “good sport” about it.

When asked if he’s gearing up to revisit his character in the fourth and final film ASCENDANT, Weston was unsure if the film is moving forward.

“Everything is up in the air. I’m not supposed to say anything about it, but the series must conclude.”

ALLEGIANT was a box office disappointment, and thus Lionsgate delayed the release of ASCENDANT until June 9,2017, but given the film has not started shooting, fans will have to wait for the conclusion of the film series.

Next up for Weston is a starring role opposite Frank Grillo in BEYOND SKYLINE playing his son. The sci-fi thriller is based on a comic book, and Weston promises it’s going to be wild or “pretty hardcore” as he describes it. The film is currently in post production.