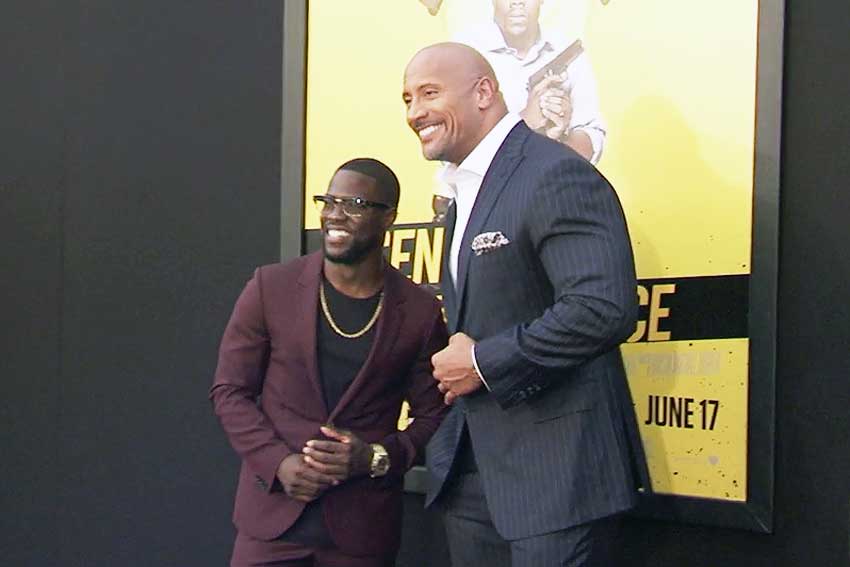 2016 is proving to be the match-up of the year with Batman going head-to-head with Superman, Iron Man vs. Captain America, and the latest battle between Kevin Hart and Dwayne Johnson without the blows. The CENTRAL INTELLIGENCE stars have been duking it out via social media since they started shooting the action-comedy up until the recent Hollywood movie premiere at the black carpet event in Los Angeles. Team Hart and Team Johnson drove up in style with Hart in a shuttle full of fans, and of course had to super-size it with a double decker bus. Our new correspondent Fer-r-r-nando Duran is on the black carpet talking to the stars, guests and filmmakers about Team Hart and Team Johnson. Watch the hilarious moments from the Hollywood premiere.