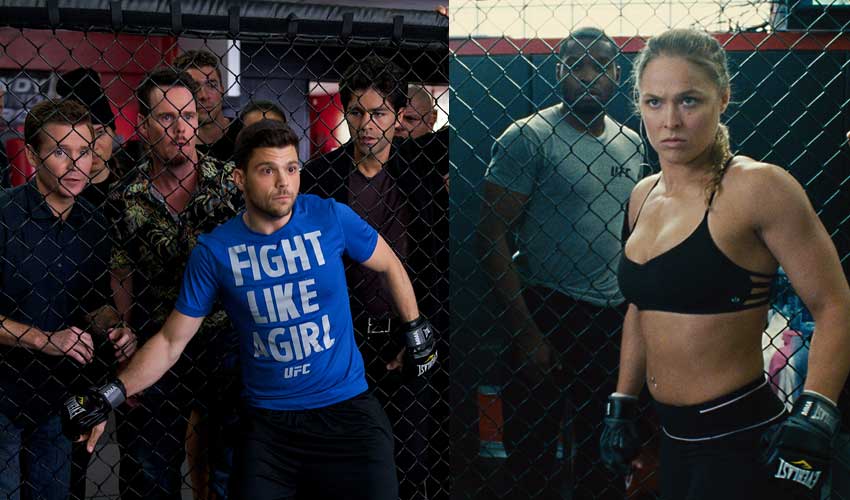 How do you win Ronda Rousey's affection in the new ENTOURAGE movie? The movie's Jerry Ferrara steps into the Octagon with the UFC fighter to win her over and live long enough to go out on a date. Jerry Ferrara tells CineMovie what it was like facing off with the Ultimate Fighting Championship (UFC) women's bantamweight champion, and why men are wrong in thinking they can take this champion down in real life.  (Listen to interview below)

The MMA fighter plays herself in the film that reunites the gang from the HBO ENTOURAGE series. Jerry Ferrara falls for her, but he blows their first date and somehow must make it up to her by facing her in the ring. At a recent press conference, CineMovie asked Ferrara if Rousey took it easy on him. The ENTOURAGE star reveals he would've liked to do some of his own stunts, but Rousey herself warned him she's broken her opponents bones during fights. Jerry took her word on it, and let the stuntman take the Rousey brunt.

ENTOURAGE director Doug Ellin and Kevin Connolly chime in saying that some of the male cast and crew talked about how they could take Rousey on in the Octagon. Connolly wanted to put it on record that he knew he would definitely not be one of those men who dare think he could be a match for Rousey.