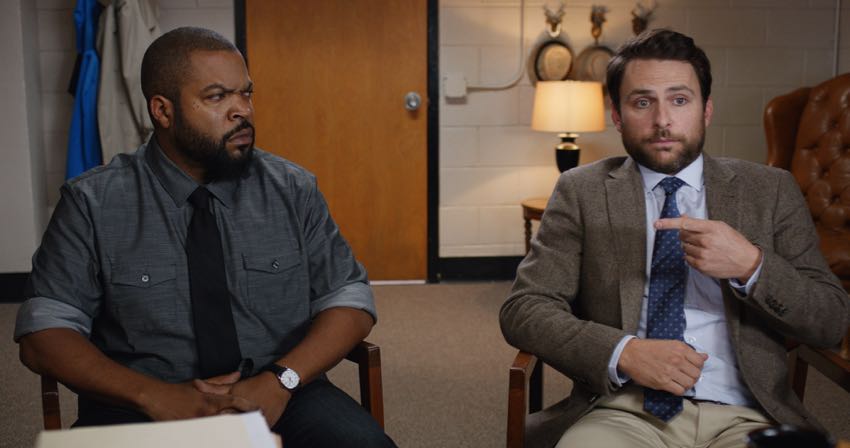 In high school, we can all remember periodically watching two acne-ridden teenagers go at each other in an after-school fist fight. Ahhh, the good old days-- standing with friends, cringing as we inevitably watched a teacher break up the brawl. With Warner Brother’s upcoming comedy FIST FIGHT, there’s a shift in this scenario and the teachers, played by Charlie Day and Ice, are in fact the one’s involved in the donnybrook.

At a recent press event, Ice Cube (Friday) told Cinemovie that the fighting sequence took eight long days to shoot. Both Day and Ice Cube, took pointers from UFC fighters to help with the choreography of the fight, and apparently Charlie Day needed it most.

“I did spend like a week of training because they had to show me how to make a fist, without breaking my thumb,” Day joked. “I’m not going to lie, its been over a year since we shot it..and my leg still hurts. I don’t think I’ll ever be the same.” 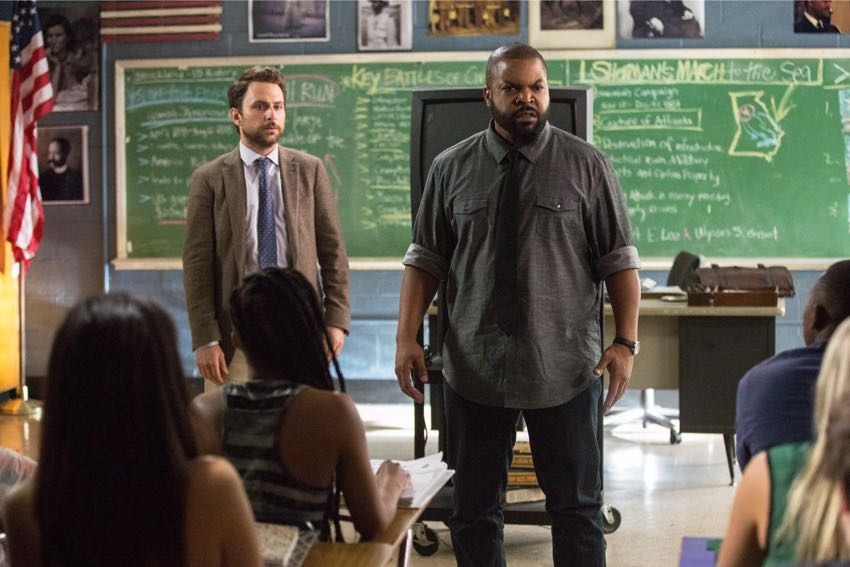 Ice Cube on the other hand has had been involved in a few fights on screen before, and has learned a few things working with retired professional wrestler and character actor, Tiny Lister, particularly on the art of getting out the way and concentrating.

“If you could fight Tiny Lister,  you learn quickly to move out the way because he will hit your ass accidentally on purpose,” says Cube. “He got me really close to the nose one time. Learn the choreography because it keeps you from the black eye.”

The real fighter on set though was actor/comedian Tracy Morgan ("30 Rock"), who battled for his life in 2014 after a Walmart truck collided with his limo bus leaving him incapacitated for a while. Morgan had to go into rehabilitation for his speech and cognitive function and he wasn’t sure if he’d ever be able to perform or be funny again. FIST FIGHT was his first film after his accident and Morgan couldn’t thank his cast mates and director Richie Keen enough for their support.

“Walmart can’t stop me!” exclaimed Morgan “I just let it all out. That was my first film back, so thank you Richie for believing in me. I was so scared the first day man, because I didn’t know if I was funny or not after what I had just been through. I had a team around me and Cube was like a brother to me so it carried me and relaxed me and I just had fun after that.” 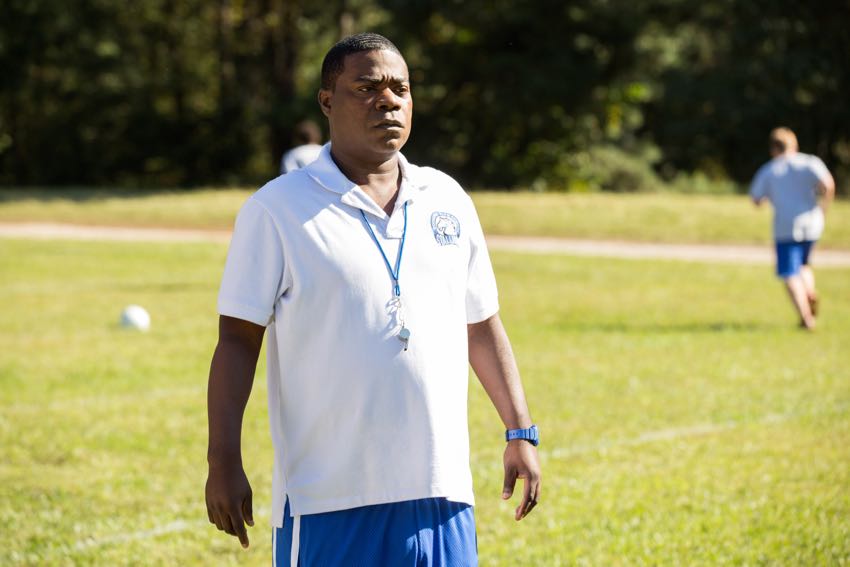 Director Richie Keen ("Its Always Sunny in Philadelphia") learned a very important lesson in working with Tracy Morgan. When Tracy’s on camera, DO NOT CUT.

“The first time I said cut, Tracy said something remarkably funny and I was so mad at myself, so I would start to yell cut because I knew Tracy would go for it.’

According to Keen and Ice Cube, FIST FIGHT is mainly just a fun, fluff film, though there is the underlying message that our education system here in America has its shortcomings and needs some improvement.

“It is saying a lot about our school system in the things we got to tackle, the problems that we face nowadays,” remarked Ice Cube. “We wanted to make sure that was the underlying message, but the overlying message is have fun, laugh, trip off these crazy characters in this crazy scenario. And this is a popcorn movie if you ask me.”

And Tracy Morgan humorously chimed in, “This movie is like a cross between, Welcome Back Kotter and Law and Order.”