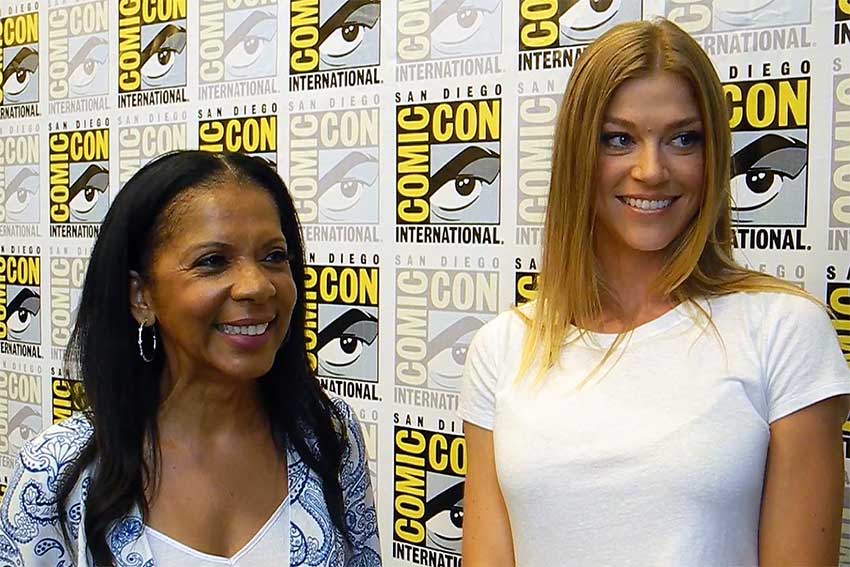 Seth MacFarlane's THE ORVILLE returns to FOX for a season 2. CineMovie caught up with the show's stars Adrianne Palicki and Penny Johnson Jerald at San Diego's Comic Con to talk about the show and their wish list for their characters. Watch video below.

For "The Orville's" season 2, both Adrianne and Penny would love some more kick ass moments especially Penny who plays Dr. Claire Finn. While she's put in some requests for Season 2, she's not revealing what exactly but we're sure she wants to be a little more adventurous.

Adrianne is also telling CineMovie where she'd like to see Kelly and Ed's relationship go after cooling off at the end of season one.