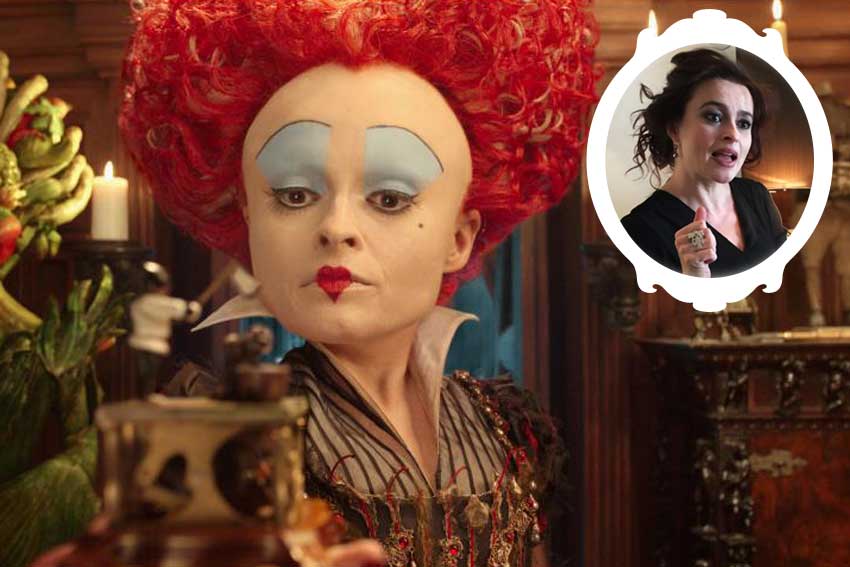 Helena Bonham-Carter returns as the evil Queen of Hearts Iracebeth in ALICE THROUGH THE LOOKING GLASS, and the British actress reveals she took something from the set that was part of her wardrobe. The actress also touches upon keeping her individuality in Hollywood. Listen to interview below.

Helena Bonham-Carter has been called eccentric for her fashion choices, but the veteran actress says she doesn't intend to be a sheep and never really thought of herself as unconventional. "I'm just being myself," Bonham-Carter explains in the interview. She also says the fashion industry has "hijacked" Hollywood by defining actresses by what they are wearing.

Helena Bonham-Carter also discusses wearing costume designer Colleen Atwood's wardrobe once again for the sequel to Tim Burton's ALICE IN WONDERLAND, and what she took from the set for herself that Disney doesn't know about. Shhh!

ALICE THROUGH THE LOOKING GLASS opens May 27.