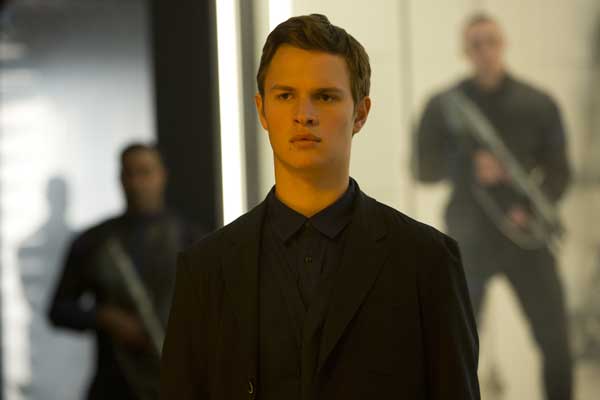 Everyone is pretty bad-ass in one way or another in INSURGENT, the sequel to DIVERGENT, except for Caleb played by Ansel Elgort who makes choices that may not endear fans to his character. The 21-year-old actor tells CineMovie he didn't mind playing it cowardly for the role. Watch video.

Ansel Elgort along with his INSURGENT co-stars Theo James, Jai Courtney and Mekhi Phifer were in Los Angeles talking about reprising their roles in the second installment of the four-part series. INSURGENT is much more action-packed than the first film with the ladies being tough as nails (Kate Winslet, Naomi Watts, Octavia Spencer, Maggie Q) and the men flexing their muscles. However, in INSURGENT, Caleb Prior (Elgort) chooses not to fight and turns to the dark side. In the interview below, Ansel explains why his character's direction was the right one.

THE DIVERGENT SERIES: INSURGENT is in movie theaters March 20th.