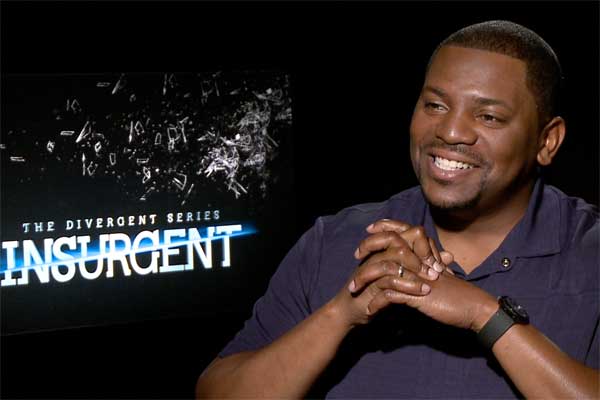 Mekhi Phifer reprises his role as "Max" in the sequel to THE DIVERGENT SERIES, and this time he's in action mode. Too bad his Dauntless uniform wasn't action-friendly. In our interview with the actor, he describes how uncomfortable the costume was during the hot days on the set.