Interview: Lucy Liu on 'Why Women Kill' is the Soap Opera People Want 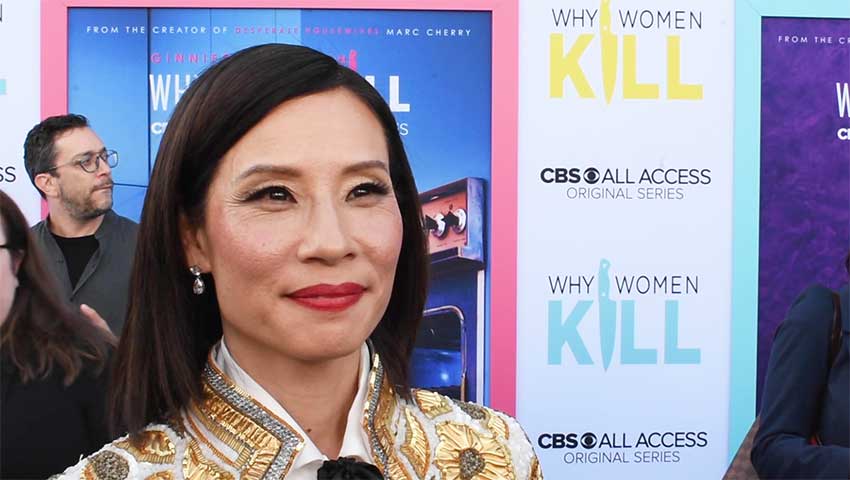 Lucy Liu, star of the new tv series, "Why Women Kill," says her new CBS All Access show is the soap opera drama sorely needed in a crowded streaming market.

Marc Cherry is back with another female-centric drama with "Why Women Kill" streaming on CBS' All Access, a new series premiering August 15 starring Lucy Liu, Ginnifer Goodwin and Alexandra Daddario. WHY WOMEN KILL, a darkly comedic drama created by Marc Cherry, details the lives of three women living in three different decades: a housewife in the ‘60s, a socialite in the ‘80s and a lawyer in 2019, each dealing with infidelity in their marriages. The series will examine how the roles of women have changed, but how their reaction to betrayal... has not.

We caught up with the stars of the new show at the Los Angeles premiere, and Lucy Liu discussed her over-the-top but hilarious 80s housewife. She tells us that "Why Women Kill" is a juicy soap opera drama that is different than anything in the crowded streaming market. Watch.