Interview: Octavia Spencer Is Ready For Her Close-Up As A Psycho Killer 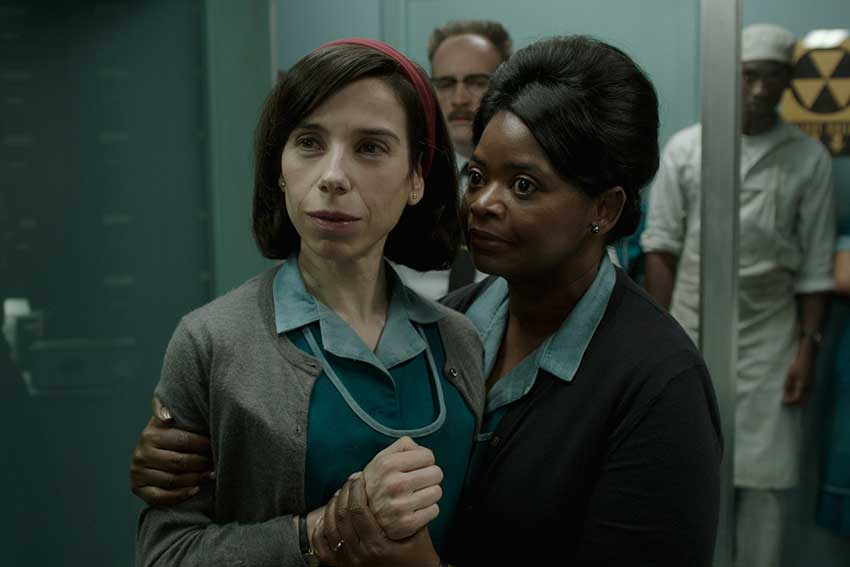 Octavia Spencer is so over playing characters who persevered, and she's ready to play a psycho killer. THE SHAPE OF WATER allowed Spencer to act in a light-hearted movie although she is still playing a disenfranchised person who had no rights in the 50s. She tells CineMovie she's ready to play a villain and get her hands dirty.

Octavia Spencer remarked at a recent press event that she's played a maid in THE HELP who persevered, a NASA mathematician in HIDDEN FIGURES who perservered, and now in Guillermo del Toro's THE SHAPE OF WATER she's a maid working at NASA. All three films were period pieces and she represented characters who had no voice prior to the civil rights movement.

"I'm going to take a break from playing serious period pieces," said the Oscar-winning actress. She added "I'm so sick of playing people who persevered. I want to be a serial killer. I want to try different things and it might not fit... but I at least want to try it."

Spencer had a wonderful experience working with director Guillermo del Toro on THE SHAPE OF WATER because he was diligent about mapping out arcs for all the characters, not just the leading lady played by Sally Hawkins. While Spencer played a supporting character, she felt like she was serving the narrative. In her many years of acting in Hollywood, she's tired of serving other people's narratives and she's ready to star in films where others serve her narrative.

The actress who also writes is taking charge of her career and creating roles for herself in which she can stretch her acting abilities. She's most looking forward to playing a villain, and next she's playing a serial killer in a limited series. She welcomes more chances to play against type.

THE SHAPE OF WATER opens December 1 in NYC theaters, and expands December 8.

Listen to the interview below.