Interview: 'The Meg's Ruby Rose and Rainn Wilson On Great White Sharks and Acting In Water 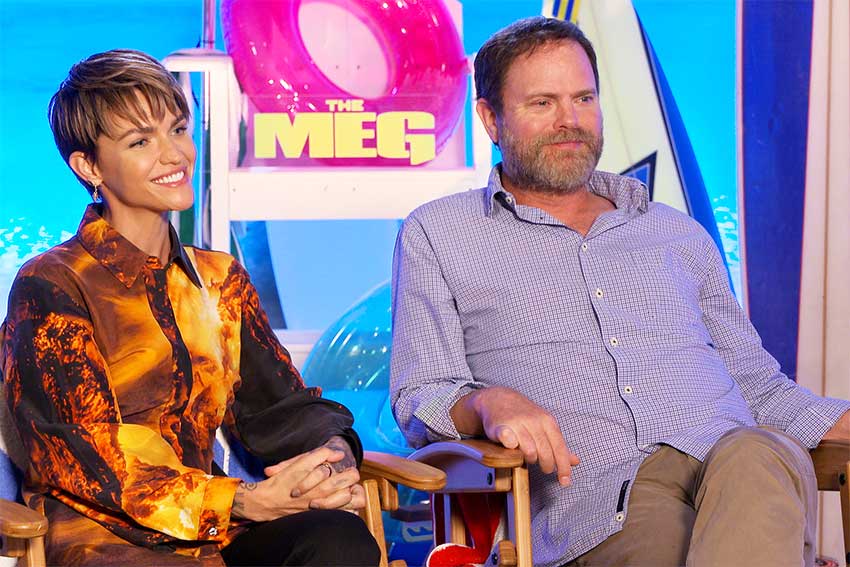 THE MEG stars Ruby Rose and Rainn Wilson sit down with CineMovie at an air-conditioned beach in Los Angeles to talk about their new movie and why its Jaws meets Jurassic Park.

Ruby plays one of engineers at the international undersea observation program along with other scientist and operators. Rainn Wilson is the billionaire who funds the program.  Rainn and Ruby discuss in the video below what is was like working in the ocean and in a man-made lake in New Zealand. We also ask the two stars about their fears of great whites and whether they would jump into a shark cage for fun.