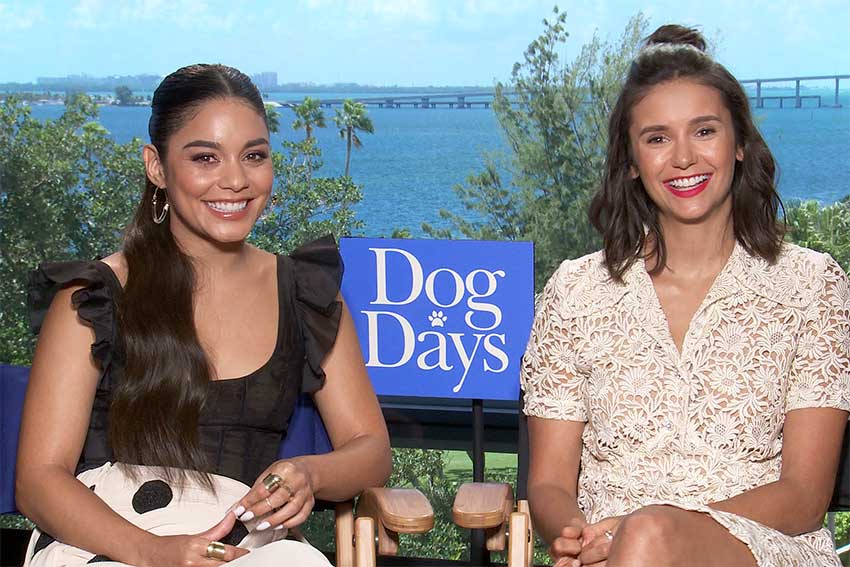 Nina Dobrev and Vanessa Hudgens star in DOG DAYS, and the two are talking about the movie and about their own pooches who seem to run the show at their house.  Nina says her pet did not approve of her last boyfriend, and most likely ruined her last relationship. Watch the interview below.

DOG DAYS is now playing in movie theaters. Valentina Patruno sat down with the actresses in Miami to discuss the romantic comedy and she asked about what kind of mommies they are to their dogs. Nina revealed her pet is a bit of a "cock blocker" and didn't like mommy kissing up to another man.

DOG DAYS is a hilarious and heartfelt ensemble comedy that follows the lives of multiple dog owners and their beloved fluffy pals around sunny Los Angeles. When these human and canine's paths start to intertwine, their lives begin changing in ways they never expected.