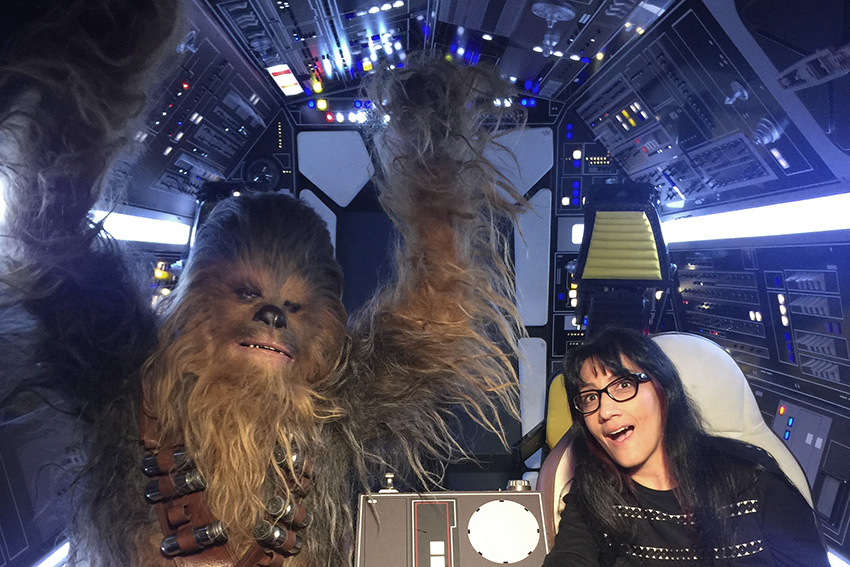 We take a ride with Chewbacca in the Millennium Cockpit for his role in SOLO: A STAR WARS STORY, and we're claiming him as a Latino since there is a lack of Latino actors in the latest STAR WARS movie. Watch how Chewbacca reacts to our proclamation.