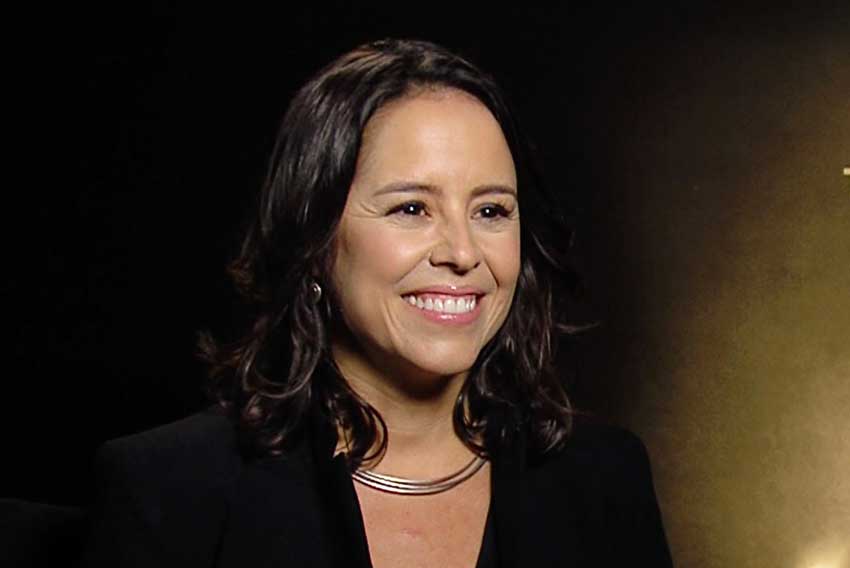 Director Patricia Riggen (THE 33, UNDER THE SAME MOON) has finally broken into the Hollywood ranks as a Latina female director, and she’s over the moon about it. The Mexican director, who helmed two television projects this fall, hopes the doors are finally open to the underrepresented and that change is here to stay.

Born in Guadalajara, Mexico, Patricia Riggen has proven herself a formidable film director with little gems such as 2007’s UNDER THE SAME MOON starring Eugenio Derbez and Kate del Castillo, and GIRL IN PROGRESS with Eva Mendes.  In 2015, she directed the independently-produced action film THE 33 about the true story of the trapped Chilean miners starring Antonio Banderas. Yet Hollywood had not giving her a chance at directing blockbuster films. While men can go from directing music videos to an action film (e.g. Michael Bay), women are rarely given the shot even with successful films under their belt.

Patricia Riggen turned her attention to television. Her second television pilot, “Proven Innocent” was picked up by FOX, a legal drama starring Kelsey Grammer and Rachelle Lefevre as a mid-season replacement in 2019. At the Television Critic’s Association panel for FOX, the stars and executive producers praised Patricia for her endless hours of work on the set and around the clock in post production.

“It’s a big deal to get hired to direct a pilot so I’m already really excited being a Latina and a woman to have access to direct the pilot,” she told CineMovie at this year’s TCA. “It’s supposed to be the boy’s club and I was able to get into the white boy’s club. With a pick up, now all the Latinos have to go in and make pilots.”

She adds that most pilots this year which went to season pickups were directed by women. Shows like Marvel’s “Jessica Jones” committed to diversity with the second season’s episodes all directed by women. Patricia feels things are finally turning around.

“It’s a great place for female directors right now because we are allowed to explore genres that normally, we’re not allowed to touch.”

She’s had more offers to direct pilots and continue to direct more episodes of “Proven Innocent,” but her true passion is films. Her success in television has already translated into feature film work. The good word-of-mouth on her television projects has led to more movie studio executives finally letting her into the room. While at the TCA last week, she received great news about a feature film project but she was sworn to secrecy and couldn’t make an announcement about her next directorial effort. She did reveal it’s a big-budget fantasy film, and she’s excited to share the news soon.

“We’re being considered finally. They are letting us in the room to express our ideas and our visions. In the past, we didn’t even have that chance.”

The Mexican director credits the three Mexican amigos, Academy Award winners Guillermo del Toro, Alfonso Cuaron and Alejandro Gonzales Iñarritu for proving that Latinos can direct a Harry Potter movie, and an astronaut movie. Now it’s her turn to show the world a Latina can play in the same sand box, and more can follow.

Patricia Riggen never relented, and it’s been her “fight” throughout her career just to get in the room. It’s still an uphill battle, but she hopes Latino journalists and outlets like CineMovie continue to support directors like Riggen to get the word out and show up for the Latino-helmed movies and television projects.