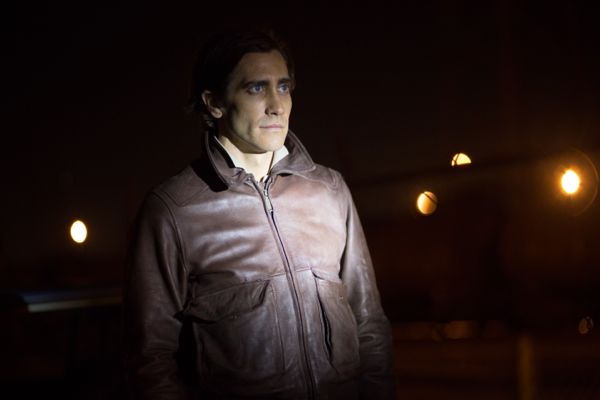 Jake Gyllenhaal physically transforms into a waif to portray Lou, a starving young man desperate for work in NIGHTCRAWLER. Gyllenhaal starved himself for months to become the character, and admits it was all his idea.

Dan Gilroy, writer for The Bourne Legacy and Real Steel makes his directorial debut in NIGHTCRAWLER, a story he also originated.  In NIGHTCRAWLER, Gyllenhaal’s desperate character figures out how to make a quick buck on the crime-ridden streets of Los Angeles. He enters the world of crime journalism, and goes so far as to stage crimes to get the scoop.

Together with Dan Gilroy, they came up with a metaphor for Lou. Lou was like an animal, a coyote scavenging for food. However, Gyllenhaal took it one step further by picturing him as a gaunt-looking man desperate for anything. “I figured out how I was going to make him like that,” Gyllenhaal tells CineMovie. He decided Lou would be thin, and he’d wear clothes “that are too big.” To transform physically Gyllenhaal didn’t eat and lost 20 pounds. He admits he also borrowed from the NIGHTCRAWLER writer/director’s mannerisms. “Dan is thin and he talks with his hands.”  He also took inspiration from other people in his life to bring out this character he inhabited for months. 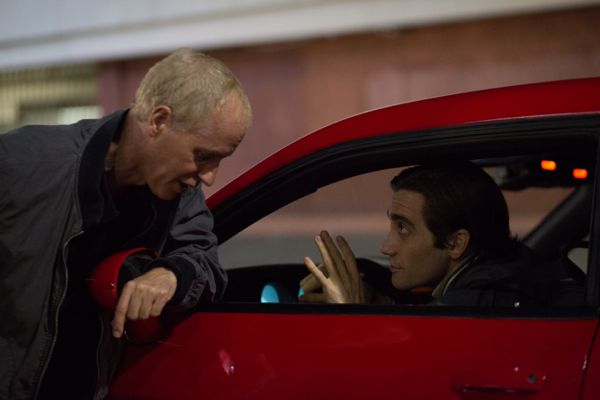 Gyllenhaal didn’t spend too much time in the make-up chair for Lou’s sunken dark eyes. The production shot mostly at night, but when the cameras turned off, Gyllenhaal didn’t go back to “real life.” Off the set, he didn’t eat and he didn’t get much sleep. Even on the weekends, he didn’t return to his usual routine  “During the day, I was out of it,” he reveals. “I was in it all the time. It was something that started to feed into my soul a little bit and my bones.”

Most people would lose their minds on that kind of regimen, but Gyllenhaal says he didn’t lose focus although he admits to CineMovie that there is a danger in that sort of commitment.
“There’s some strange safety for me which is probably a bit dangerous. You’re making a movie and you’re using it all for your work.” As an artist, channeled all his “efforts” into the work is well worth the sacrifice. 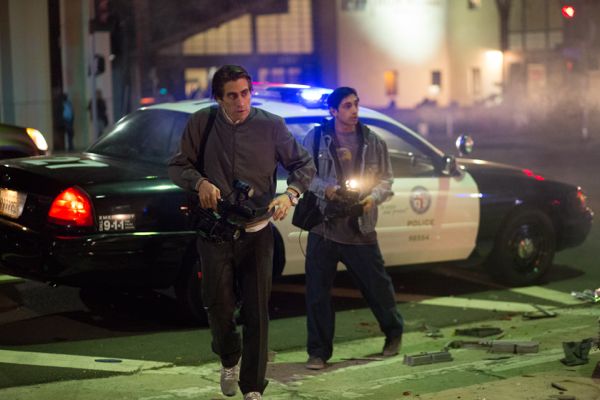 Even before production began in October of 2013, he memorized his lines for four months by wondering the streets of New York City, reciting them as the character.  He went about it as if it were a play. He calls the dialogue "f**** great" and he wanted to get it down perfectly.

All that work seems to have paid off with Jake Gyllenhaal receiving rave reviews for his one of a kind performance.