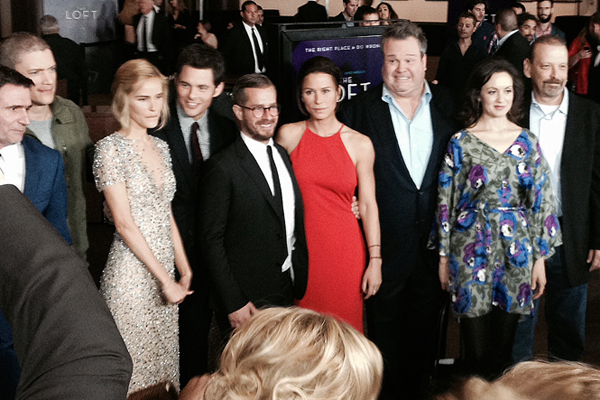 CineMovie was at the Los Angeles premiere for the thriller THE LOFT. Stars James Marsden, "Modern Family's" Eric Stonestreet, Isabel Lucas, Wentworth Miller, Kali Rocha (Meet the Parents) and director Erik Van Looy attended the premiere being held at the Director's Guild of America. Watch our video interview from the premiere and images with some of the stars and guests during the afterparty.

THE LOFT is a remake of a Dutch hit with this American version directed by the original director Erik Van Looy. The film centers around five married men who share a private penthouse loft where they can bring their mistresses.  Sounds like trouble. CineMovie's Sue Evelyn Gil asked the actors and director what the moral of this sexy thriller.