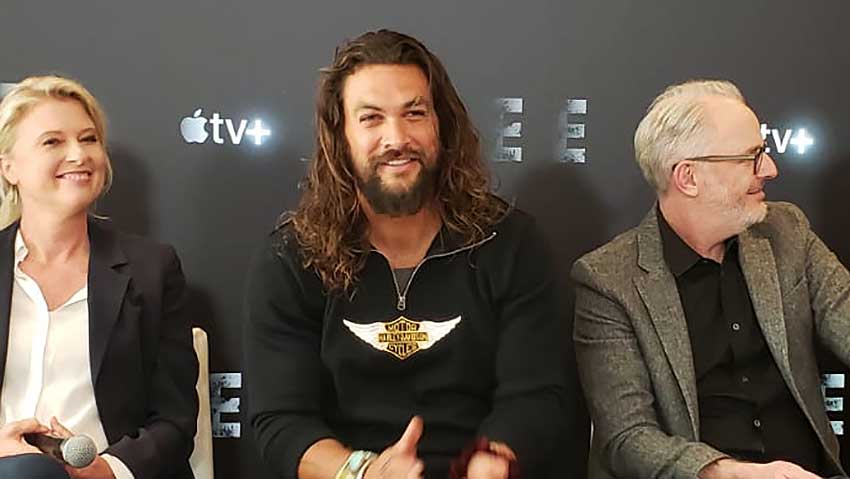 Jason Momoa says he's playing the role he's always wanted in Apple TV+'s new show, "See." While he appreciates the role as Drago on "Game of Thrones which launched him into stardom, that role and other parts since have focused on him as a tough guy. In Apple TV+'s new series, he got a chance to exercise all his abilities as an actor. Watch his explanation below.

Momoa talked about his new show at a recent press day in Los Angeles. He was over the moon about his starring role in "See" which afforded him the opportunity to show his range as an actor, and not just a tough guy. As Baba Voss, the chief of his tribe in "See," the actor not only plays a warrior, but a father and husband with an emotional side to him. He says prior roles didn't capture his full capabilities until now with this new streaming show.

"See" is now streaming on the new Apple TV+. "See" takes place 600 years after a virus wiped out most of humanity and their eyesight. In this dystopian future, the human race has had to find new ways to interact, build, hunt, and to survive. All of that is challenged when a set of twins is born with sight.