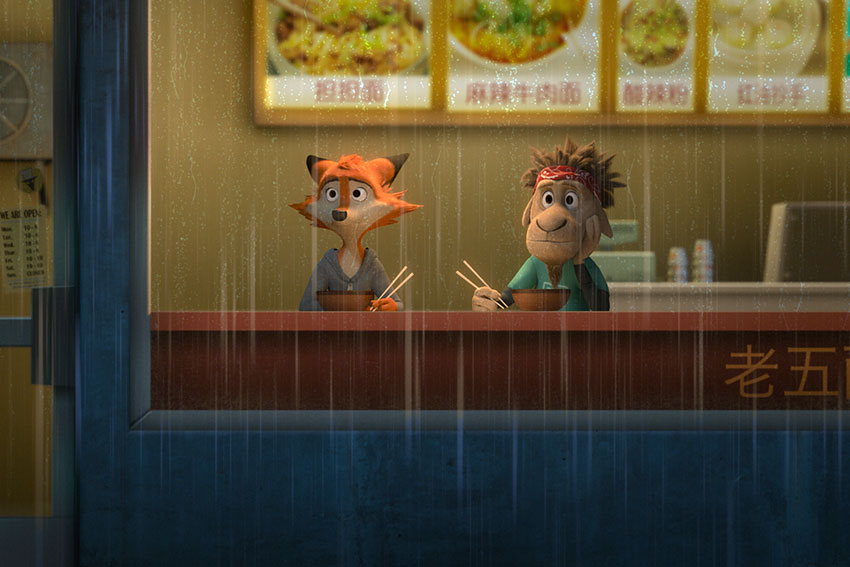 With the recent success of DreamWorks’ film SING, Lionsgate is hoping their four-legged animated musical ROCK DOG, is a hit when it strums its way into theaters on February 24th.  LOST and HAWAII FIVE O’s Jorge Garcia voices one of the musically-inclined animals.

For the Tibetan mastiffs on Snow Mountain, a dog's life has a simple riff -- guard a peaceful village of sheep from the thuggish wolf Linnux(Lewis Black) and his rabid pack. To avoid distractions, mastiff leader Khampa(JK Simmons) forbids all music. However, when his son Bodi(Luke Wilson) discovers a radio that fell from the sky, it takes just a few guitar licks for the lad's fate to be sealed. Wanting to be a rock 'n' roll star, Bodi heads to the city to locate Angus Scattergood, a legendary musician who needs to write a new song.

Cinemovie caught up with Jorge Garcia (LOST) who plays one of Bodi’s band mates, Germur, the most mellow goat around with the ability to wail on the drums like no other. He has the tendency to space out, but gets along with everyone. Garcia tells us he fell in love with the Germur after seeing an illustration for the first time and even noticed the resemblance in his scruffy appearance and chill disposition.

“That was the moment when I felt I really wanted to play this part. I thought he was a cute, funny looking goat. It’s scruffiness I definitely identified with. I tend to lean towards the mellow side as opposed to the agitated side as well.”

According to Garcia, it wasn’t just the animals doing the jamming together. The actors got to be in the same room while doing the voiceover work, something that doesn’t generally happen while making an animated film in Hollywood.

“When I usually do voiceover work, it’s just me. You don’t really have the ability to react in a way. You just imagine how they’d react. In this scenario, they put us in the same studio, so we could look at each other and add a level of physicality to create a more organic experience.”

Throughout the years there have been a handful of very influential animated movies that have provided us with songs we’ll be singing at karaoke bars forever. Garcia talked to us about the importance of music in his life and revealed that from time to time he enjoys imagining he’s a rock star.

“Music has created chapters or moments in my own life experience’s. A song can bring you back to a certain feeling in your life. Every time I put a record on, there’s a part of me that imagines singing it in front of people.”

Besides his involvement in ROCK DOG, Garcia is a regular cast member on HAWAII FIVE-O and he thinks the best is yet to come for his character Jerry.

“Jerry’s plugging away.  He’s still trying to get that badge. I hope he gets it this year so, I can see what Jerry’s like with a badge.” 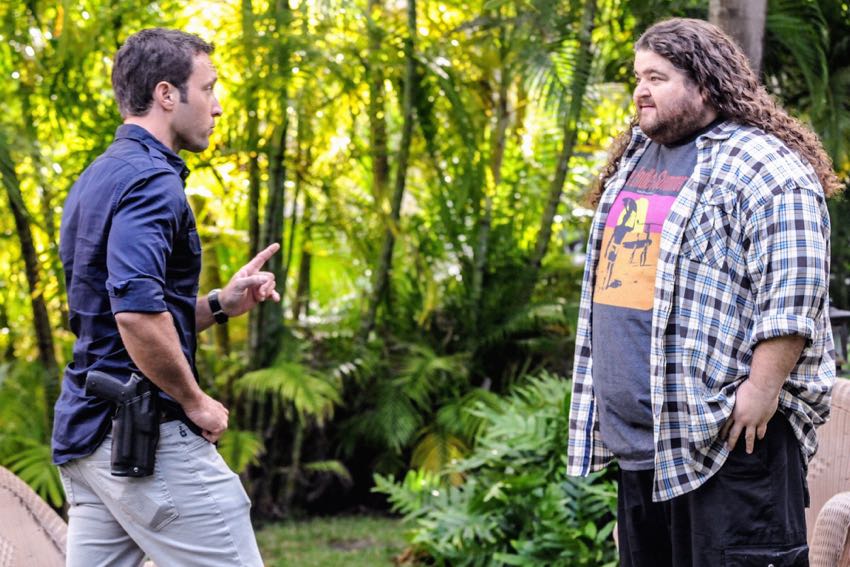 Besides getting called Jerry when spotted in public, Garcia says he also frequently gets called Hurly, in reference to his role on LOST. According to the actor, he still hasn’t re-watched LOST, but has the itch.

“There’s a part of me that has a little inkling though. My friend and I started watching Godzilla movies and a recorded a podcast about it. I was talking about some day we might do a version of a podcast where we re-watch LOST and that would be pretty fun.”