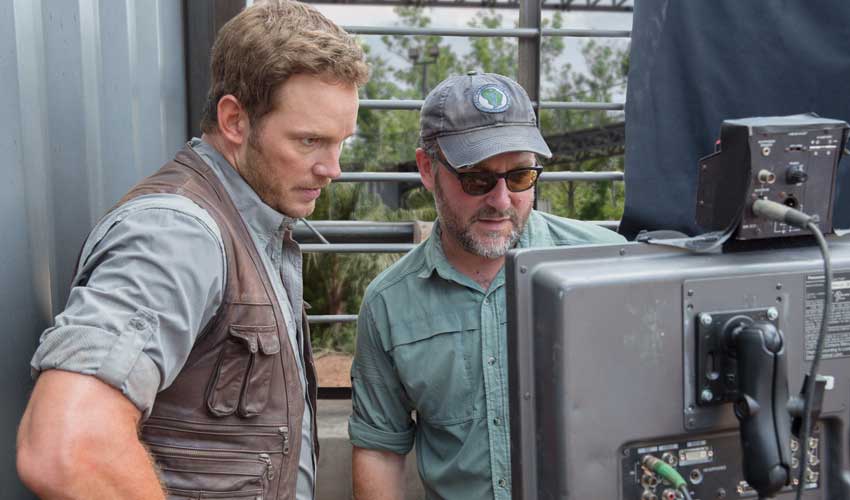 Special effects technology has advanced 22 years since the release of Jurassic Park with motion capture and CGI taking over, but JURASSIC WORLD director Colin Trevorrow still insisted on using animatronics for scenes which called for an emotional connection between the dinosaurs and the human actors. JURASSIC WORLD also made use of motion capture technology for the first time in the movie’s franchise. Listen to the interview.

JURASSIC WORLD used a combination of motion capture, CGI and animatronics to achieve the look of the dinosaurs including the new species - Indominus Rex. In JURASSIC WORLD., Isla Nubar is now a fully functional dinosaur theme park called JURASSIC WORLD, and Chris Pratt’s “Owen” character is the raptor whisperer training the beasts to follow human command.  For scenes that called for Pratt or his fellow actors to interact with the human sized dinosaurs, director Colin Trevorrow employed older special effects methods which probably increased the movie’s budget.  When he signed on to direct the fourth film for in the Jurassic Park series, the helmer had to convince executive producer Steven Spielberg and the film’s producers on using animatronics for pivotal scenes.

“In the moments when we need to have a true emotional connection between the humans and the animals, and I consider them animals, and I wanted to have something real and there and tactile - that my actors could emote from.

The special effects team also built a model of the plateosaurus for an emotional scenes between the animal and the actors.  Motion capture was also brought in for the first time in the Jurassic Park movies, according to Trevorrow. ILM came up with a system where humans played bipedal dinosaurs. As soon as ILM demonstrated their abilities using motion capture he was sold. “The more animalistic they felt, I think the more successful we could be. “

Listen to interview below.  JURASSIC WORLD is in movie theaters June 12th.