'Krampus' Stars Toni Colette, Adam Scott and Director Michael Dougherty On Why Kids Should Be Scared 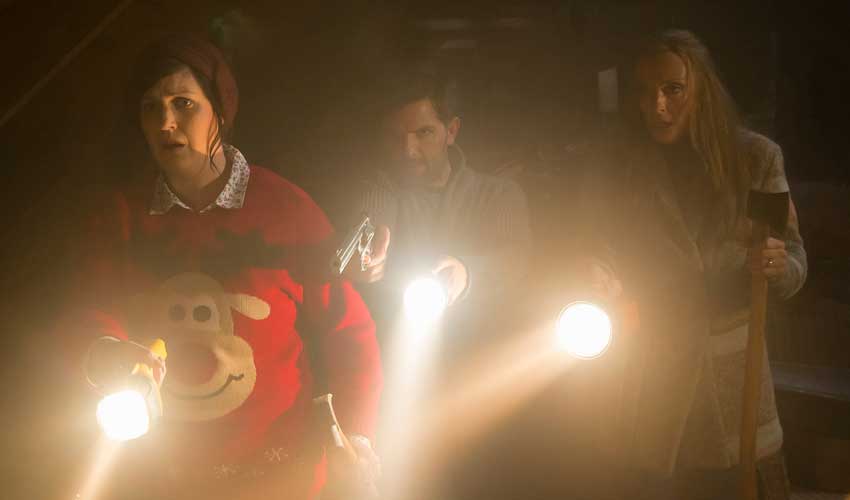 Parents have long kept their children in line for the holidays with threats using Santa Claus 's naughty or nice list.  Thanks to the holiday horror comedy, KRAMPUS, there is a much greater scare to instill in children this merry season. Director Michael Dougherty and KRAMPUS stars Toni Collette (The Sixth Sense), Adam Scott (“Parks and Recreation”) and Allison Tolman (“Fargo”) talk about why this holiday film is the perfect morality tale for the whole family.

Santa Claus’ naughty or nice list motivates children to behave as the holiday season approaches, but unknown to many Americans - there is a much tougher critic in town. In many European countries, the tale of the cloven-hooved demon known as Krampus pays a visit during the holidays not to punish children, but to take them away. The KRAMPUS legend is the basis of the new horror comedy, KRAMPUS.  Scott, Collette, Tolman and David Koechner are parents in a dysfunctional family with misbehaving children and obnoxious adults. When one of the children, Max Engel, swears off Christmas by ripping up his Santa’s list, the wrath of Krampus is unleashed along with other a demonic forces in the shape of iconic holiday symbols such as the gingerbread man, cherubs, snowmen and in Toni Collette’s words in the interview - an “angel bitch with a demonic tongue.” 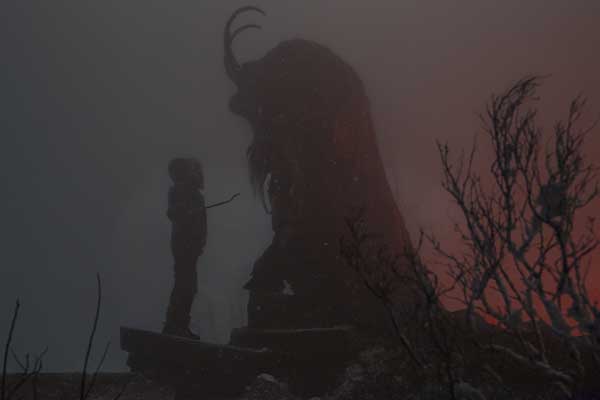 Director Michael Dougherty, most famous for his cult favorite Trick ‘r Treat, says he loves to tackle holidays with a twist. The director, whose other credit includes co-writing X-Men 2, tells CineMovie KRAMPUS is a throwback to his favorite films of the 80s such as Gremlins, Poltergeist and Dark Crystal. The Amblin films influenced his decision to make KRAMPUS not only as a horror film, but a comedy that children of a certain age could enjoy alongside their parents. However is the movie based around Christmas appropriate for the young ones?

“It’s okay to give kids a healthy dose of fear now and then. You teach them to deal with anxiety, stress and fear.”

He was up for the task of scaring children by mixing up genres much like Amblin did in the 80s with their iconic films.

CRAMPS star Adam Scott similarly was a fan of those Amblin films including E.T. so he was excited to join the cast once Dougherty explained his influence on the film. KRAMPUS, he says, continues the tradition of exploring the idea of what is “domestic bliss” in a suburban setting. Scott also agrees with the KRAMPUS director that fear is part of children’s lives.

“Kids are always looking for that thing to be afraid of. It’s part of being a kids.”

Whether it’s nature versus nurture, Scott says parents don’t want to instill fear in their kids, but you want them to be afraid and careful of strangers and traffic. 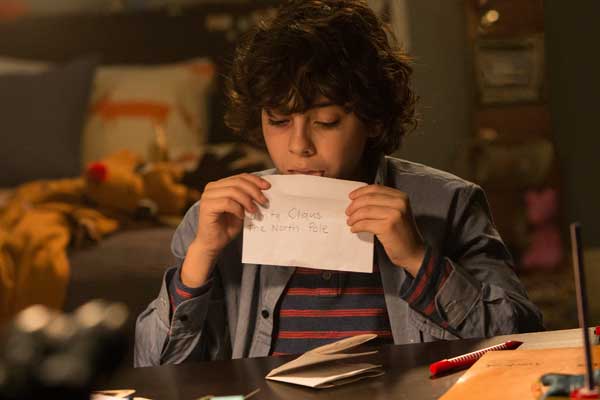 Toni Collette can’t relate to her on-screen dysfunctional family in KRAMPUS, but the originality of the film drew her to the role of Sarah Engel.

“It was so original and nothing like I’ve ever done before. It feels like a John Hughes movie - this dysfunctional family is acerbic, witty and dry and then it fully swings into something else.”

She does view KRAMPUS as a family holiday film but agrees with the director that it’s a “family film for children of a certain age.” The Australian actresses' experience of Christmas holds fond memories for her then and now that she has children of her own. Collette loves Christmas so much, she starts shopping mid-year. Christmas time in Australia is not exactly the imagery we see in KRAMPUS. The land down under experiences summertime during Christmas, so there is no snow in site.  Her family tradition includes opening presents and hitting the beach later in the day.

KRAMPUS is not aimed at children's behavior. The adults are similarly misbehaved. The movie opens with images of adults storming and trampling others in a retail story on Black Friday over Bing Crosby's version of "Santa Claus is Comin' To Town."

"It's a morality tale not just for kids. Adults are really overgrown spoiled children." 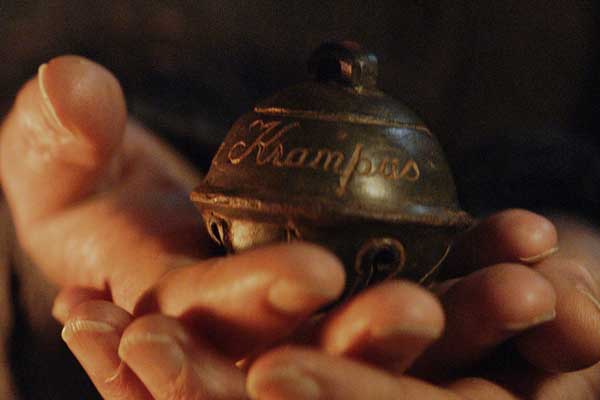 The actors agree KRAMPUS is aimed at adults like the ones they portray in the movie who need a little lesson in the holiday spirit. That begs the question of the stars - what methods did their parents employ to keep them in line?

KRAMPUS actress Allison Tolman reveals she was a “pretty good kid” so scare tactics didn’t come into play much but she does recall one Christmas where she was “a selfish, little brat” and recalls her mom threatening to take back her presents. She immediately changed her behavior.  A more effective tool her mother used throughout the year was her go to line, “That was disappointing” which often worked.

Toni Collette starts singing "Santa Claus is Coming To Town's" iconic verse - "you better watch out..." when asked the question whether her parents put a scare in her every year.

Adam Scott must have been a naughty boy since he reveals his mom often used Santa's naughty or nice list. He adds that if his mom knew of the Krampus myth, she would have employed it “as much as possible” in addition to the Santa threat. Another line which he himself has adopted as a parent is Scott's mom's favorite line, "this isn't a hotel" and she's not the maid, which he feels like sometimes picking after his kids.

KRAMPUS will now be a film parents whip out every season. KRAMPUS is now in movie theaters.