Liam Neeson Not A Loner Despite Playing Outsiders 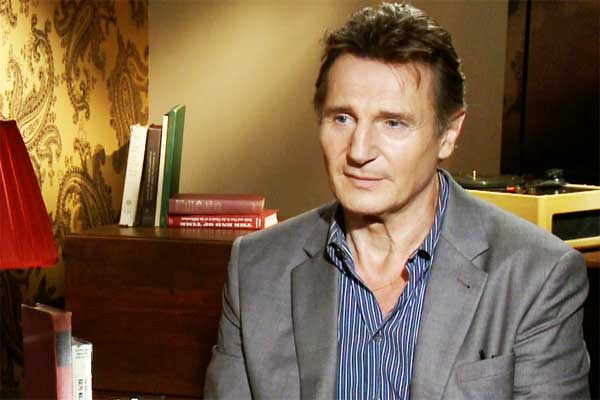 Liam Neeson never tires of playing brooding heroes on screen including in his latest thriller A WALK AMONG THE TOMBSTONES, and he credits his fascination with classic American tough guys like Charles Bronson and Steve McQueen in picking those films. But is he anything like these characters?

While promoting A WALK AMONG THE TOMBSTONES in Los Angeles, Liam Neeson says he grew up in Ireland watching classic American movie stars like Robert Mitchum, Charles Bronson and Steve McQueen play tough, loner-types. It’s no surprise then to see him once again take on another brooding outsider as Matt Scudder in A WALK AMONG THE TOMBSTONES, a character based on the Lawrence Block mystery novels about a former NYPD cop turned unconventional private investigator.

Liam Neeson became an action hero at 50 when “Taken” took him to another level in his Hollywood career. Since then he’s continued his hero status with a “Taken” sequel, “The Grey,” “Non-Stop” and now in A WALK AMONG THE TOMBSTONES. He feels “fortunate” and “flattered” at this stage of his life to play these sorts of heroes which he loves and he’ll continue to do so as long as they send him the scripts because he feel like “a kid in a toy shop.” 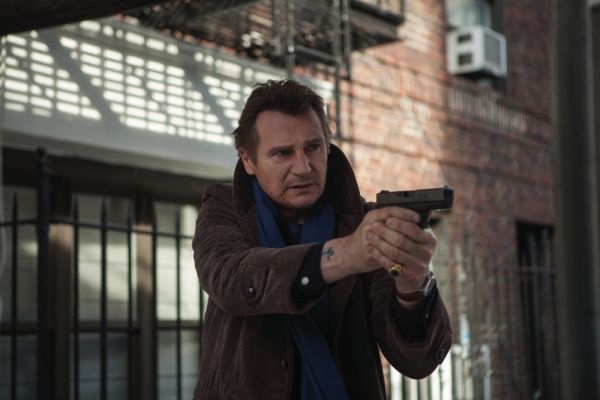 “Taken” not only afforded him a new Hollywood status, but he fulfilled a childhood fantasy in playing these sorts of roles.

“I’m just attracted to it since I was a kid in Ireland watching Robert Mitchum on t.v. or Steve McQueen and later Charles Bronson to a certain extent. It’s just something very noble and damaged about those sorts of American cinematic… they were heroes you know. I just find that appealing.”

Matt Scudder in A WALK AMONG THE TOMBSTONES is another one of those types who doesn’t do well in society or in relationships as a tortured soul,” according to the 62-year-old. Another element Neeson like to play up into these characters are their relatability, and not a larger than life hero. Perhaps that’s the reason why Neeson attracts audiences because he’s the everyday man unlike larger than life stars like Sylvester Stallone and Arnold Schwarzenegger who have lost their star power at the box office outside of “The Expendables” since returning to the action genre game.

CineMovie asked the actor if he’s got a little loner quality in his own personality.

Neeson tried some alone time at a five day retreat, but he says he was “desperate to get out” and talk to a human. He does, however, go fly fishing quite a bit, a hobby he says can only do by himself. “I find that I’m never lonesome. Far from it, but its a lonely practice.” 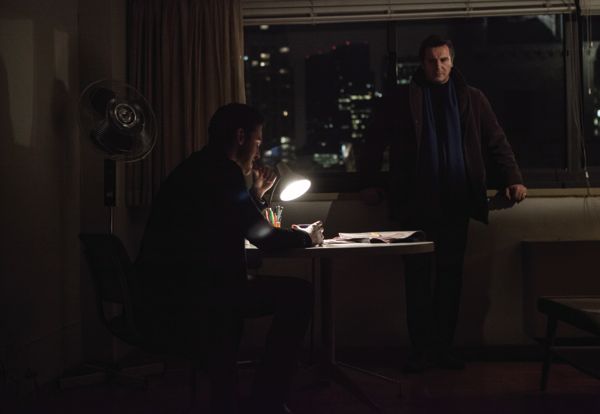 Liam Neeson is far from a loner as the charismatic actor proved during the Los Angeles press conference. As soon as he walked in, he was jovial. “Is everybody bored yet? You soon will be.”

Far from boring in his sexy Irish brogue, Neeson told one reporter not to refer to him as Mr. Neeson but Liam. “It makes me feel like a 62-year-old,” he joked. Later when told that Maggie Grace, his on screen daughter in “Taken,” described him as “goofy,” he somewhat agreed, but then played up his humor. “Did she? For the next ‘Taken’ film, I think I’ll give her away” says Neeson. He even titled the film “Given, please take her.” He made the entire room bust out laughing.

So what’s Liam Neeson’s secret to playing a hero on screen at his age? On every film, the Irish actor makes sure he doesn’t fight like a 27-year-old, but 50-year-old. “So it’s not like superhero time.”

But to all of us, he seems like a superhero, one we’d like to hang out with. A WALK AMONG THE TOMBSTONES opens in theaters September 19.