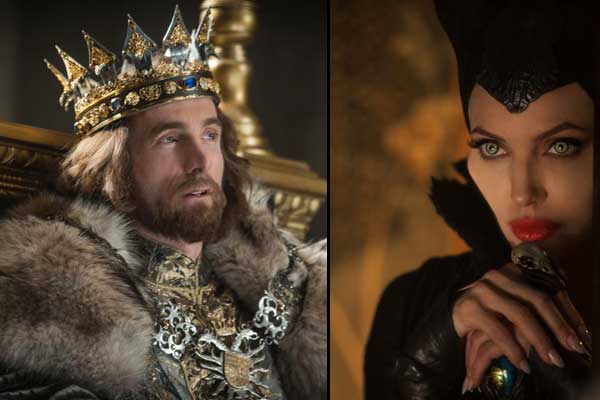 Sharlto Copley's King Stefan gets into an epic fight with Angelina Jolie in Disney's MALEFICENT, and he's telling CineMovie it was the most uncomfortable day on set having to hit a woman. The MALEFICENT star is also telling us why this movie and others are slowly dissipating the knight and shining armor concept.

The South African native first hit the big screen in the break out hit "District 9," and he has been working steadily in Hollywood (A-Team, Elysium) ever since playing transformative characters which he says he prefers when we sat down with him for a one-on-one interview.

CM: What were your thoughts with Disney's take on this villain?

Sharlto Copley: I thought that it was an interesting reflection of the times we live in. The original Sleeping Beauty comes from the 1700's in France and has been changed many times and I think fairy tales do a degree do reflect their societies or mirror things that are going on that are relevant to their society. So to get into more of an examination into why people do bad things, both from Maleficent's point of view and a little bit from Stefan's point of view and I thought it was quite fascinating.

CM: Is that why you decided to take the role?

Sharlto: I decided to take the role for several sort of reasons. I wanted to do a fantasy film, I wanted to do a period film and this had both of those elements. I really wanted to work with Angelina after meeting her about two years before that. Although I really don't like doing villains, as a general rule I really don' t. I don't necessarily have fun doing them as other actors do. I felt that there was a chance in a very female centric film to play a character that was a cautionary tale almost for men about what happens when male ego and drive and ambition runs away with itself.

CM: Did you see King Stefan as someone who went mad out of revenge or someone with a lot of guilt?

Sharlto: For me you have to find a realistic believable human behavior or trait that you go in on with the character. In this case, the main one with this guys is something that so many men share. I used to joke about it before doing this movie about how every man is kind of a legend in his own mind. There's that joke that men look in the mirror and see something amazing while a beautiful woman looks and sees her flaws. Grabbing in on that male quality, people will look at it and say what an evil crazy man. But no it's a dramatic character story telling version of a man that might go make one hundred million dollars and in the process ignore his kids, have his family fall apart, trade his wife for a younger better looking one. That happens every day, constantly around us every time. So this is that guy in the extreme case, would you actually betray your true love to actually become the king and he does that. His guilt from having done that, again from playing it truthfully to human nature as possible, any two people that have really been in love and you betrayed someone you loved. You really didn't just hurt them, the real truth is that you're going to live with what you did for a long time. Possibly for the rest of your life depending on the level and the depth of the betrayal. You hurt yourself as well and in this case that's what I'm playing. That guilt of what he did drives him crazy at that point. 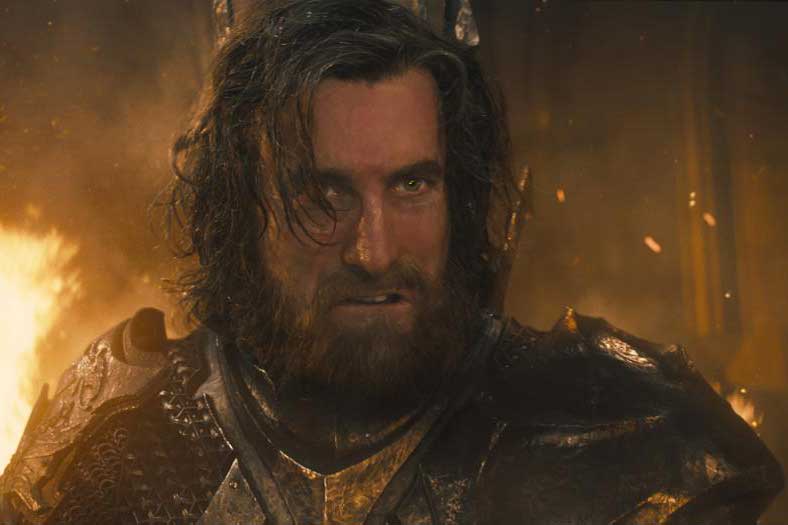 CM:  You said you met Angelina a few years ago, what was that meeting like?

Sharlto: I meet her at the Salt  premiere and we spent a while chatting and she had been really impressed with District 9 and my performance and she said how would we do something? You know together somewhere along the line. I felt that her range as an actress...as an actor one of the things I thrive on or work on or pitch myself to work on is that I do have a large range to be able to be likable, not likable and playing with that. She's one of the very few female movie stars that can do that. For a movie star of her caliber to say I'm going to do a scene where I say I hate you to a baby but to feel confidence that the audience will know that there's still heart here and they're still going to like me by the end of the film, that's a ballsy thing for an actress to take. She has the acting chops to do that. So here she is combining her incredible look that she's been known for in recent times but also exercising that other side that other people forget. This is an actress that has really amazing range and the two of us, I always felt energetically...I'm doing a big change starting from a guy that starts nice and goes bad. She's going the whole way, nice, bad, to nice. I always felt that was nice energetically when you can get two actors that can do that. Messing their ability to do that would be nice to watch. 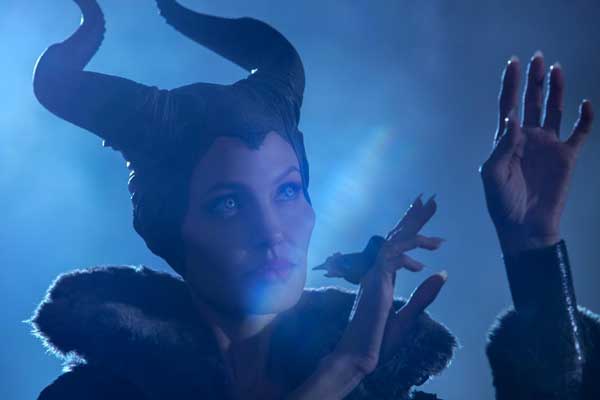 CM: How was it shooting that battle scene with Angelina Jolie?

Sharlto: That was the single hardest thing for me personally to do was to actually physically fight with her. That was really uncomfortable, that is not something that I would want to go and do again. A battle with a woman, for me is fundamentally in every way I was brought us, in every way that I feel inclined instinctively. I just grew up in an environment where you would just never lay your hands on a woman for any reason whatsoever. If I saw somebody doing that, that I didn't know, I would have to stop myself from going over to slap the guy. But we have to suspend disbelief, it's not a domestic violence scene, it's a magical creature and I'm a deranged king. Because of that I could sort of so it but don't as me to play the real guy that is bashing his wife, I know now that I don't have that in me.

CM:  You're no stranger to working with imaginary objects is it different this time around?

Sharlto: I think it doesn't phase me. As long as I have enough little props to hang on to that helps. Just give me a little bit of grass if we are meant to be in a meadow. What's interesting about this is that this had a director which was a production designer and literally designed almost every element of this film. The look of it comes out of one guys mind which literally never happens and that's why I think the film has an amazing visual look and feel.

CM: How was it working with Robert because this was his first feature film?

Sharlto: The thing with Rob is that he's a genuine artist oppose as to commanding the two hundred million dollar army with a real general personality, which some directors would do. Rob's approach is a bit different, he sort of has this image in his head and he's working with you in a very gentle and sensitive way where he's trying to bring out of you or match what you are doing into this world. It was a very gentle sensitive process working with him which I enjoyed. 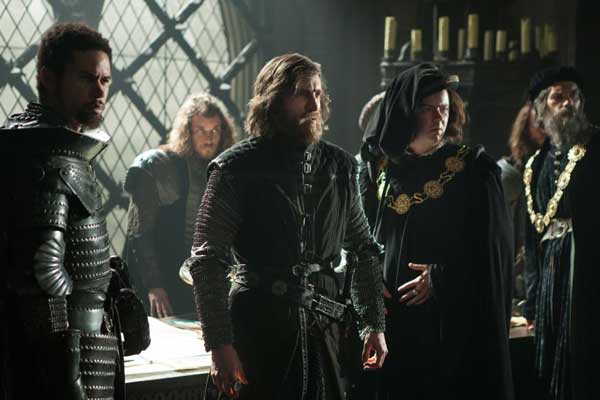 CM: Disney is changeing the concept of a true kiss with films like "Frozen" and now this film which has been empowering for women but as a guy do you think we still want to be heroic as a knight and shining armor?

Sharlto: Yes! To be honest I think we have lost our way and that's why you are starting to see films like this. Because when you should have been protecting and had a true loves kiss, you're instead out there sleeping with as many women as you can. So don't be surprised that women are loosing faith in a true love's kiss. If you really are a knight and shining armor than be that, protect your woman. Don't go out there and conquer. The conquer side of man is running away with itself, I think. I'm very old fashion. I'm an old-fashioned-type of dude in a lot of ways when it comes to male and female. But I'll be the first to admit that men are running away with their male power. If they don't do something about it you will just see it more and more where women are like yeah I'm not really into the man's kiss for the true love.