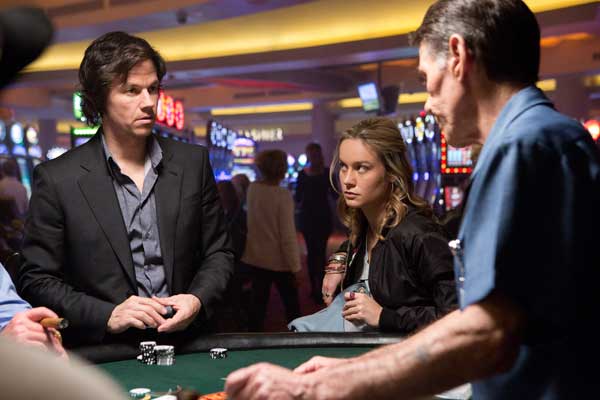 Before WB greenlight the Aquaman movie, buzz about bringing the DC superhero to life was first uttered by the boys from HBO's "Entourage." Since the show was based on Mark Wahlberg's real-life entourage, we asked the actor if he'd like to take some credit for bringing the King of the Seven Seas to the big screen and if his entourage will be seeing the movie.

While promoting his latest movie THE GAMBLER which opens December 18, Wahlberg talked about his latest movie, his upcoming projects and the onslaught of superhero movies. CineMovie asked Wahlberg about Aquaman coming to the big screen in 2016 in the Batman v. Superman:Dawn of Justice movie and a stand alone movie in 2018. The actor admitted he doesn't know much about the adaptation of the DC character played by Jason Momoa except for the controversy surrounding the casting of Ben Affleck as Batman. When Transformers was wrapping production in Detroit, he says director Zack Synder was in town scouting locations. "I like him a lot," he says of the Batman v. Superman filmmaker. "Hopefully it'll be great,” he’s says of the movie debuting not only Aquaman, but a slew of DC characters (Wonder Woman). However, it’s not all up to him if he sees it or not.

“I won’t know until I see it with the boys. When we go to Century City and the trailer comes up… pick it or kick it. If they kick it, we’re not going to see it.”

Wahlberg reveals his real-life entourage are becoming more selective with the onslaught of superheroes coming to the big screen.

“You have the tendency to go to the theater and a lot of things look the same. You may see ten Marvel trailers and they look the same. So they’re getting a little more picky.”

When asked if he would join the trend and play a caped crusader, he’s the first to say he will never wear spandex. However, he’s up to playing a man with super human abilities. The Boston-native is working with director Peter Berg (Lone Survivor) on a reboot of the "Six Million Dollar Man," but he’s bumped up the numbers due to inflation with a new title - Six Billion Dollar Man. He gives us an update on playing bionic man Steve Austin, which is being penned by Howard Gordon (“24,” “The X-Files,” “Homeland”).

“We have a great, great idea that’s been in the pipeline for quite some time so hopefully if we get it right, we’ll make it after we do 'Deepwater Horizon.'”

Wahlberg’s also praised his next project, Deepwater Horizon directed by JC Chandor (Films), and based on the true story of the worst oil spill in the United States in 2010.  He’s describing the story as one of the best scripts he’s read “in a long time,” in the hands of an “amazing talent” under Chandor.

The busy actor turned producer is also overseeing American Desperado written by William Monahan (The Departed), which he says has the potential to be another Fighter-style film.

Mark Wahlberg’s next film THE GAMBLER is in movie theaters December 18.