The new National Geographic documentary SEA OF SHADOWS brings to light the crisis at the border in Baja California as the native porpoise, the vaquitas are facing extinction because of the poaching of a rare fish by the Mexican drug cartel and the Chinese mafia. The netting is killing both the fish and the vaquitas, and only 15 of the dolphin-like creatures remain. One of the subjects of the documentary by director Richard Ladkani (THE IVORY GAME) is Mexican investigative journalist Carlos Loret de Mola who has been investigating the cartel behind it but he, along with the filmmakers and subjects of the documentary, have faced death threats from the narcos. We caught up with Carlos to talk about his role in SEA OF SHADOWS, and why it's important to act now.

The bladder of the totoaba fish in the Sea of Cortez is a sought after product in China for its healing properties. The Mexican narcos and Chinese traffickers teamed up to capture the rare fish but in the process, the vaquitas are getting stuck in the netting and killing them. The SEA OF SHADOWS reveals the fish's bladder is a billion dollar industry, and more lucrative than cocaine.

Sign the petition to save the vaquita at Change.org. SEA OF SHADOWS is now playing in select theaters. 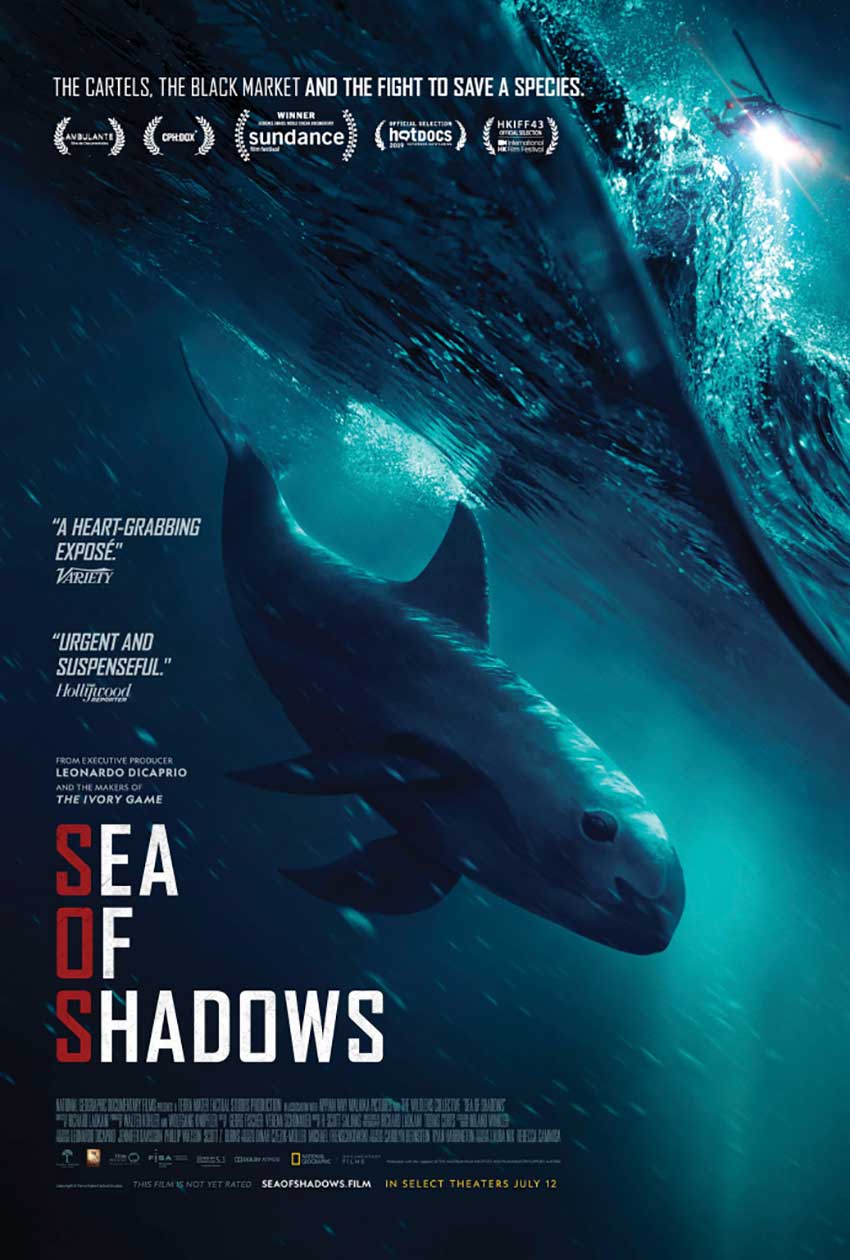 A looming disaster in one of the most spectacular environments on Earth sparks a rescue mission unlike any other in SEA OF SHADOWS, a riveting new documentary with the intensity of a Hollywood thriller from National Geographic Documentary Films and winner of the Sundance audience award. When Mexican drug cartels and Chinese traffickers join forces to poach the rare totoaba fish in the Sea of Cortez, their deadly methods threaten to destroy virtually all marine life in the region, including the most elusive and endangered whale species on Earth, the vaquita porpoise.  SEA OF SHADOWS follows a team of dedicated scientists, high-tech conservationists, investigative journalists and courageous undercover agents as well as the Mexican Navy as they put their lives on the line to save the last remaining vaquitas and bring the vicious international crime syndicate to justice. SEA OF SHADOWS is in select theaters July 12, 2019.