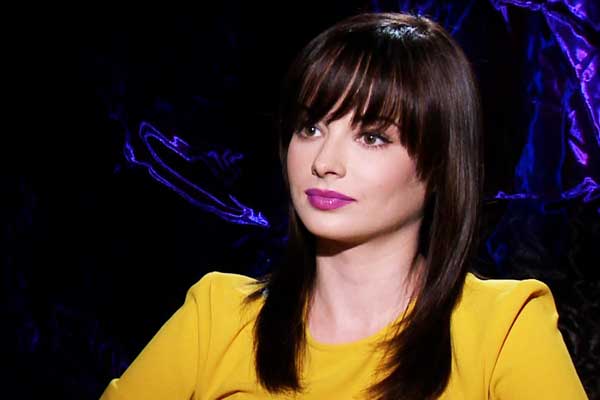 MTV's Ashley Rickard is possessed for the new film A HAUNTED HOUSE 2 with Marlon Wayans and the "Awkward" actress tells us she wanted a role that was a departure from her scripted MTV show.

After reading the script for Marlon Wayans' A HAUNTED HOUSE, MTV star Ashley Rickard knew the role as the possessed girl was the right role for her. She describes working on MTV's Awkward as a difficult  shoot so coming to a set where you have all comedians improvising together was a thrill for her. A HAUNTED HOUSE 2 stars funny actor/comedians Marlon Wayans, Cedric the Entertainer, Gabriel Iglesias and Jamie Presley.  She's talking to us about working with them and doing some unmentionables that will make you blush.

A HAUNTED HOUSE 2 is now playing in movie theaters.