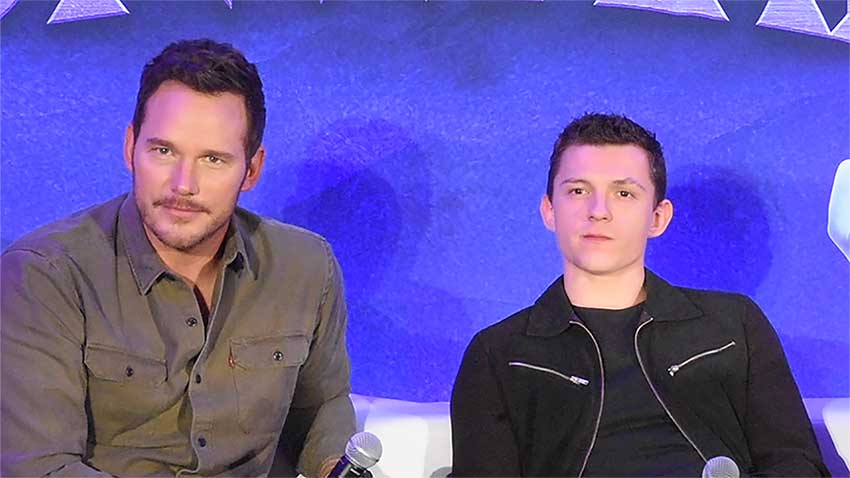 Tom Holland and Chris Pratt star in Disney*Pixar’s ONWARD as elf brothers who embark on a quest to find a magic stone that will reconnect them with their father. Directed and written by Dan Scanlon, ONWARD is set in a suburban fantasy world with elves and fairies who no longer use their magical powers because of modern day conveniences. In this interview below, CineMovie asked the actors and director what viewers could learn about their character’s journey.

At a Los Angeles press conference for Pixar’s latest film, Tom Holland and Chris Pratt opened up about their personal experience and how they relate to the Pixar movie. Holland spoke about the first time he came out of his introverted shell and why he quit Instagram much to Disney’s disappointment. In the video clip below, in response to CineMovie’s question, Holland describes why his time on Instagram was detrimental to his psyche.

Chris Pratt’s takeaway from the movie was different. He suggested people take to the highway and visit the wondrous world that exists in the United States. Watch below.

ONWARD is in movie theaters March 6.