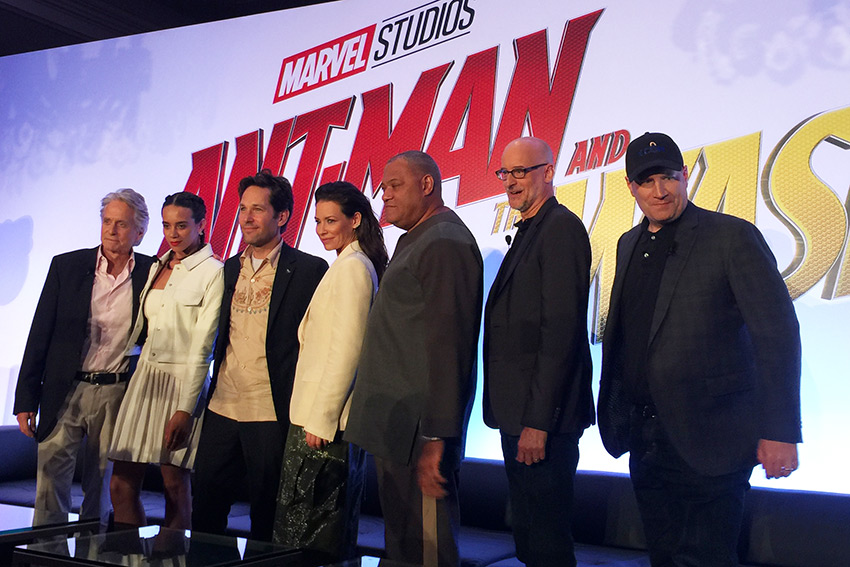 Evangeline Lilly didn't need a suit in the first ANT-MAN to be a bad ass, but now she's suiting up as the Wasp in ANT-MAN AND THE WASP and she's a much better superhero than Scott's Ant-Man. Paul Rudd tells CineMovie there's a reason why Lilly's Wasp is better equiped to kick butt.

The Wasp has the coolest fight sequences in ANT-MAN AND THE WASP when she morphs into different sizes as she takes down the villiains. Paul Rudd's Scott gets a new suit courtesy of Dr. Hank Pym (Michael Douglas) with new gizmos but he still clumsily makes his way throught the action sequences. At one point, even Scott is impressed with Hope's abilities as the Wasp.

You have to be impressed with Paul Rudd who as one of the writers didn't write his character to be the primary hero but give that honor to Lilly's Wasp. Hope is definitely also the brains of the operation but Scott uses his wit and resourcefulness as his weapon.

ANT-MAN AND THE WASP is in theaters July 6.