Ally Maki has YouTube to thank for her latest role in the Pixar film as Giggle McDimples in TOY STORY 4. She tells CineMovie Pixar found her on YouTube and thought she'd be perfect to voice the tiny police woman in the fourth installment of the TOY STORY movie.

CineMovie sat down with the actress at the Walt Disney Studios in Burbank, CA. She's best known for her role on TBS' "Wrecked," but it wasn't her character in the comedy series that got her the Pixar gig.  It was a random video with no views on YouTube with her dog that got her noticed by Pixar. She tells us Pixar told her that's how they find voice talent. Watch the interview, and read more about Ally Maki below. 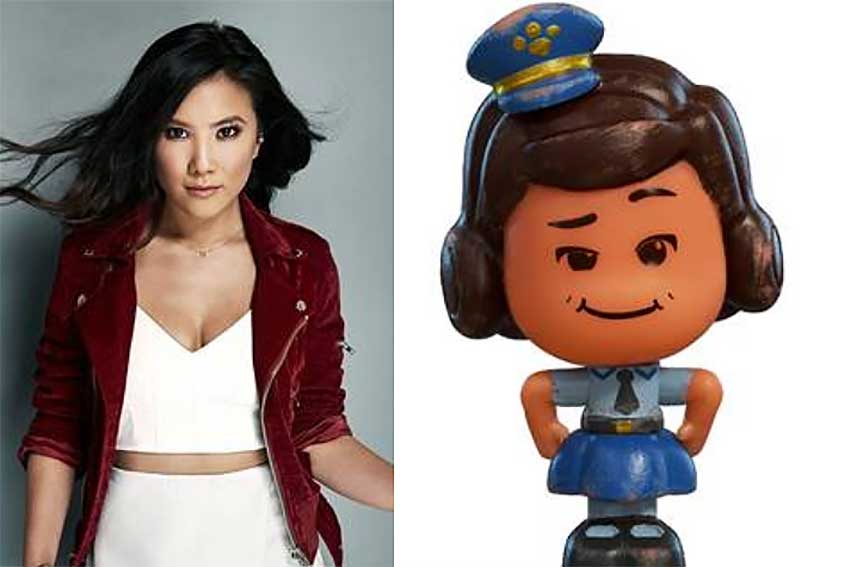 Originally from Kirkland, Washington, Japanese-American actress ALLY MAKI (voice of “Giggle McDimples”) moved to Los Angeles when she was 14 after being scouted by a talent agent. Maki showcased her comedic acting chops in the TBS comedy series “Wrecked” as Jess, the fun, feisty, hopeless romantic of the ensemble cast. The show centered around a group of plane crash survivors adapting to life on a remote island and adjusting to a new world. “Wrecked” premiered as the No. 1 cable comedy of 2016, with its third season set to premiere June 2018. Maki was a celebrity guest on “Conan,” discussing all things “Wrecked” and celebrity crushes on a national talk show outside of her role on the series.

In addition to “Wrecked,” Maki can also be seen in Freeform’s Marvel series “Cloak & Dagger.” Her previous television credits include Ikumi in “Dear White People” and recurring roles on popular series such as “New Girl,” “2 Broke Girls,” “NCIS,” “The Big Bang Theory” and “10 Things I Hate About You,” as well as the role of Min in the 2013 film “Geography Club.” Multitalented Ally was approached by Columbia Records upon arriving in Los Angeles to ultimately join the all-girl band The Valli Girls.

Beyond acting, Maki has been working hard to ensure diversity is being recognized in Hollywood. She recently participated in the Diversity Speaks panel during the LA Film Festival along with other well-known Asian American actors in the industry. She also has partnered to support Girls Inc. and wants to help empower young women.