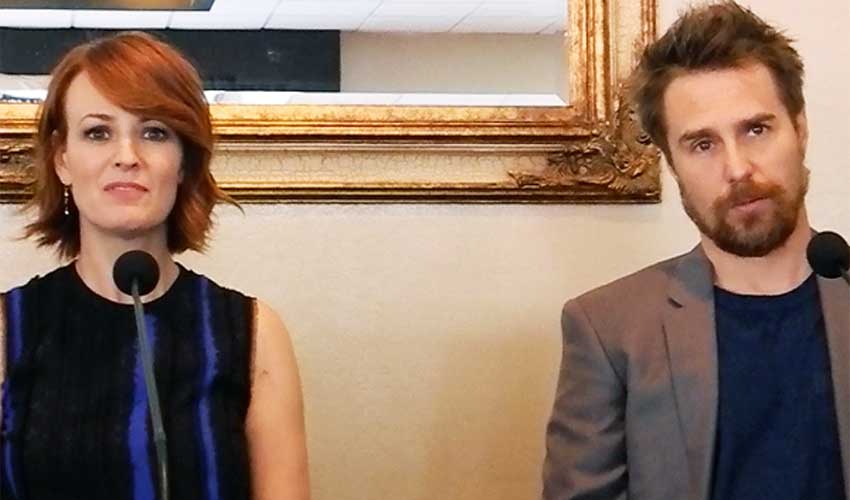 We can blame our aversion to clowns on the 1982 movie POLTERGEIST, and the remake starring Sam Rockwell, Rosemarie DeWitt and directed by Gil Kenan reaffirms why toy clowns can be horrifying. We're talking to the actors and filmmaker about continuing the tradition of scary clowns, why remake the classic horror film and whether they believe in the supernatural. Watch the interview below.

Sam Rockwell isn't scared of clowns nor does he believe in ghosts or the supernatural. "I'm a man of science," said the actor at a recent press conference in Los Angeles, but he does enjoy watching movies about the supernatural and counts many of them as his favorites.

His POLTERGEIST co-star and on screen wife Rosemarie Dewitt, on the other hand, was frightened as a child of clown toys, and she's open to believing that the supernatural is possible.

Director Gil Kenan (Monster House) also talks about how the idea of a remake came about. Watch the interview below. POLTERGEIST is playing in movie theaters.
blog comments powered by DISQUS back to top