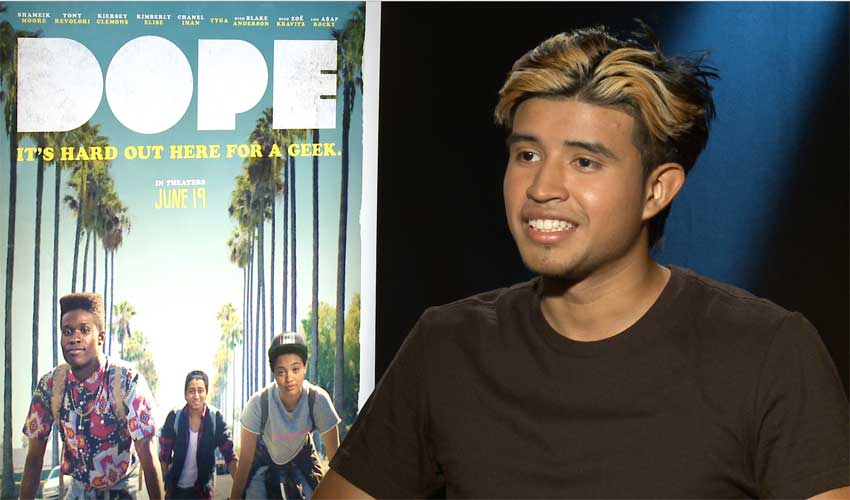 Rapper Kap G transitions into acting in the Sundance hit, DOPE. The Mexican-American MC, who was dubbed “The Future” by Pharrell Williams, talks to CineMovie about his big-screen debut, working with his mentor Pharrell Williams on the DOPE soundtrack and his upcoming album. Growing up Mexican-American in College Park, Atlanta in a predominately black neighborhood, Kap G can relate to the themes of DOPE about not fitting in.