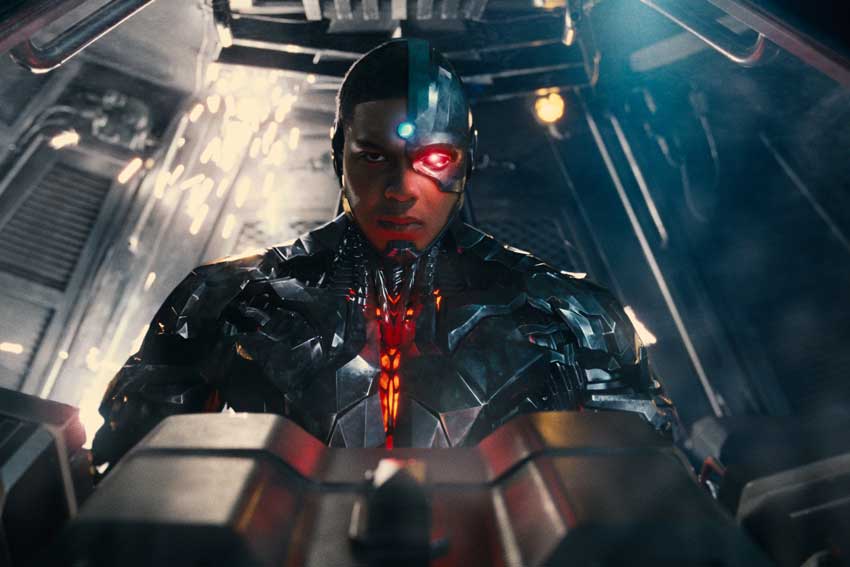 Ray Fisher has been tasked in bringing DC Comics’ Cyborg to life in JUSTICE LEAGUE. The actor, known mostly for his stage work, is about to embark on a new kind of fame and journey into the DC Extended Universe, and CineMovie talked to the New Jersey-native about his experience so far as part of the JUSTICE LEAGUE.

Ray Fisher, 30, first learned he would play Victor "Vic" Stone aka Cyborg when he received a call from Zack Snyder in April of 2014. He appeared in a cameo in BATMAN V SUPERMAN: DAWN OF JUSTICE, but three and a half years later, Ray Fisher is on full display as the world is  introduced to Cyborg in JUSTICE LEAGUE.

“I’m excited. I’m excited,” says Fisher about the film’s release. “It’ll feel like a sense of completion. It’s been a long road with this one for me. I’m excited for people to see it. And I’m excited to move on to new things.”

One of those new things will be the Cyborg stand alone film set for  release in 2020. Fisher gives us an update on where the film stands.

“It’s in the works since they announced it. Everything is in development right now. I’m waiting patiently to see how it’s all going to go.”

Signing up to be a superhero on screen is no easy feat for an actor. Actors practically sign their life away when they commit to playing a comic book character that will span multiple films over the course of many years. Just ask the actors playing the Avengers. Fisher has faith in director Zack Snyder and writer Chris Terrio which is why he signed on the dotted line for the DC Extended Universe.

“It was an easy sell for me, says the actor. “I’ve grown up with these kind of films. Being able to ground it in reality as an adult for me is something that excites me.”

Fisher names Batman as his favorite comic book character growing up followed by Blade, Superman and the X-Men. Now he will be part of that world, but it’s looking a lot more colorful than past versions.

“My big thing is because we have this expanding world of diversity and inclusion in tv and film, there’s definitely more room for it to grow. I love the idea of being a positive influence.”

While the New Jersey-born actor is happy to be part of that expanding world, he’s not looking for idol worship which often happens to actors when fans can’t separate the actor from their superhero role.

“There’s a lot of hero worship and there’s a lot of what we see in Hollywood is not necessarily real. It can inspire us. It’s a movie at the end of the day.” 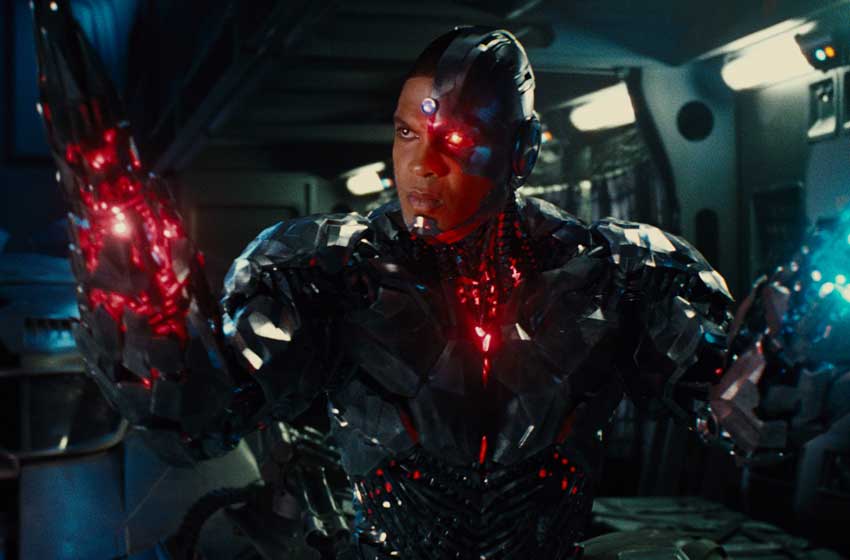 What Fisher would like adults and children to take away from JUSTICE LEAGUE is that not everything is black and white. Even superheroes have flaws.

“Also I want to put it out there that actors are actors, we get to play these characters, these characters mean so much. Characters stand for a ton of different ideals and they do possess qualities too. At the end of the day, we are human beings. We make mistakes. One of the beautiful things about what Zack has done with these characters is that he’s left grey areas. He’s left room for them to grow. He’s left the idea that they are not all good or bad.”

While there are many DC Comics featuring Cyborg, Fisher focused on the original character created by Marvel Wolfman and George Pérez. He read through the countless comics he was sent after booking the role, but it was the original which featured him as part of the Team Titans that really spoke to him. “It touched upon his humanity that other comics hadn’t touched,” he states.

As he embarks on this long journey as a DC superhero, Ray Fisher has learned from his first feature film experience, as well as his past work in theater.

“Stay flexible and do what you care about because projects may come few and far between. My gift is too precious. My life is too short to work on anything I don’t believe in.”

Get to know Ray Fisher as Cyborg/Victor Stone in JUSTICE LEAGUE in theaters November 17.