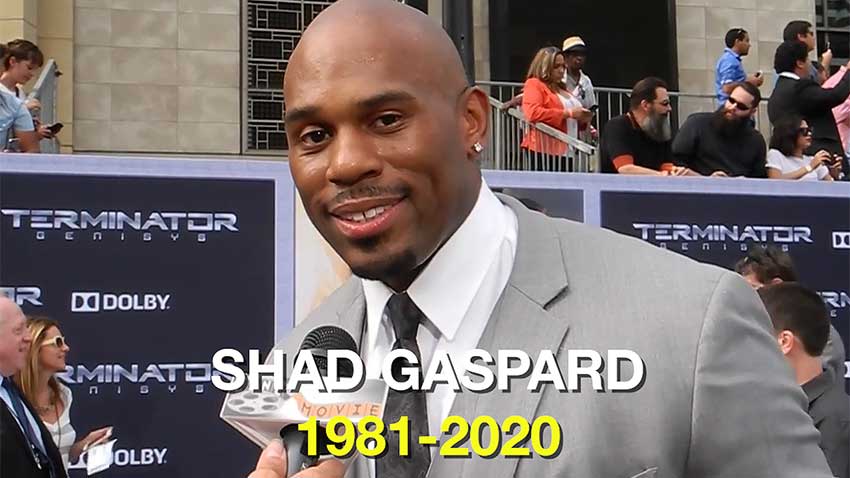 At CineMovie, we're so sad to hear of Shad Gaspard's passing and his ultimate sacrifice in saving his son. When we spoke to the WWE wrestler turned actor on the TERMINATOR GENISYS red carpet premiere in 2015, he dreamed of one day being like Arnold Schwarzenegger, Dwayne Johnson, Dave Bautista and other action heroes who transitioned from sports.

The Brooklyn-native made the transition to film and television with small roles in GET HARD (2015), THE LAST SHARKNADO (2018) and a dozen televison appearances. At the premiere, Shad told CineMovie he wanted to be like Arnold Schwarzenegger, and live in his skin. At the time, he revealed he was actively seeking to play Aquaman's nemesis Black Manta. That role eventually went to Yahya Abdul-Mateen II in the 2018 film.

While he may not have played an action hero on screen, in real-life he sacrificed his life to save his son when a rip current swept Shad and his son into the ocean at Venice Beach in Los Angeles. A lifeguard says Shad implored him to save his son's life first before he disappeared under a wave. His body washed up two days later unfortunately.