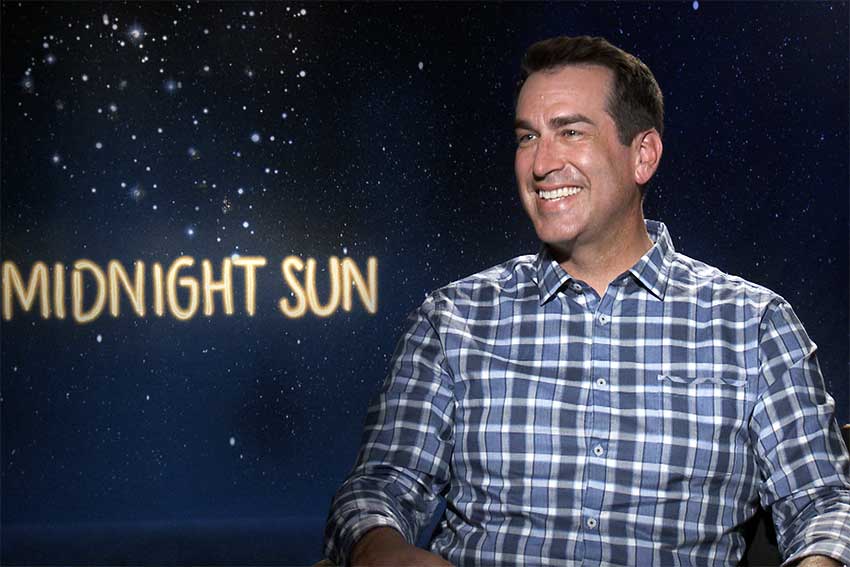 Rob Riggle often tickles our funny bone as the comic relief in many of his movies (21 JUMP STREET, THE HANGOVER) and television projects. We've also often seen the comedian play military and authoritative types (12 STRONG, LET'S BE COPS) given his tall statue and military background, but this time he wanted to play up the sensitive side of a character. Riggle's tells Sabina Graves how he fought for the role as a single father to an teen (played by Bella Thorne) suffering from a rare disease in MIDNIGHT SUN. Watch the interview below.

Based on a Japanese film, Bella Thorne plays Katie (Thorne), a 17-year-old confined to her house because of a rare skin disorder that prevents her form being out in the sunlight. MIDNIGHT SUN also stars Arnold Schwarzenegger's son Patrick in his first leading role as Charlie, Katie's new love interest. Katie and Charlie embark on a summer romance.

MIDNIGHT SUN is in theaters March 23.