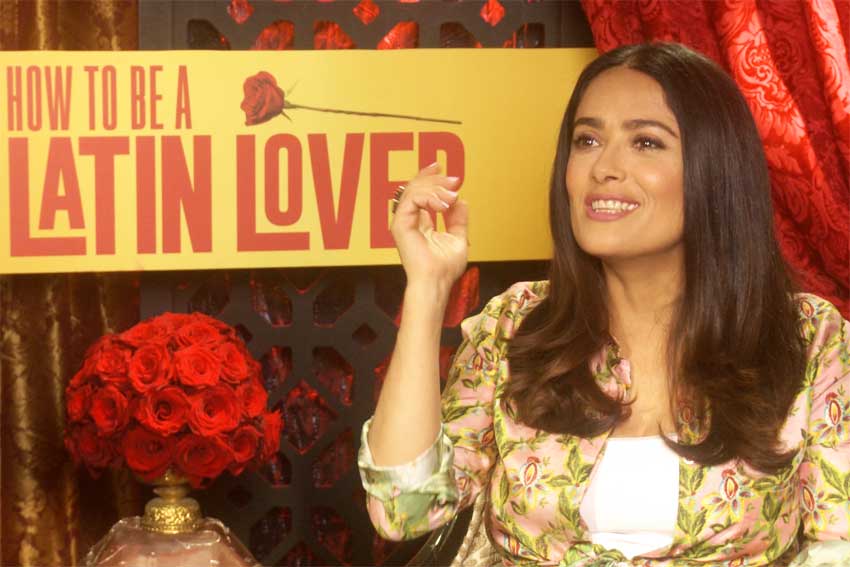 Mexican comedian/actor Eugenio Derbez wasn't the only one improvising on HOW TO BE A LATIN LOVER with his co-star Salma Hayek bringing her own funny side to the role of his sister in the new comedy. Salma sat down with CineMovie's Viviana Vigil to talk about all the fun she had playing siblings with Eugenio.

The Mexican actress tells CineMovie she and Derbez discussed how they would approach their sibling argument in a scene. Salma suggested bringing back the classic smack to the head often used by Mexican parents when their child commits a dumb act. Called the sape in Mexico, Salma surprised Eugenio when her smack down included a slap with a tortilla. Eugenio being the funny man that he is, improvised the line, "tortilla-llasos during their scene.