Sam Heughan Interview: 'The Spy Who Dumped Me' Star Would Love To Play A Scottish James Bond 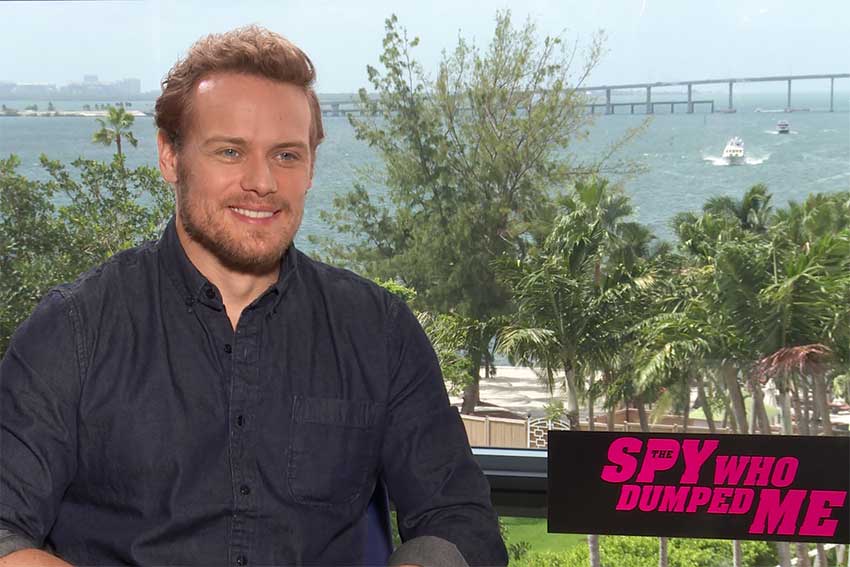 Sam Heughan has got some James Bond moves in THE SPY WHO DUMPED ME playing an MI6 agent, so would he ever consider playing the next 007? We sit down with him in Miami to talk about his stunts and the movie.

Best known for his role as Jamie in "Outlander," Sam Heughan is a super spy in the comedy, THE SPY WHO DUMPED ME starring with Mila Kunis, Kate McKinnon and Justin Theroux.

Kate McKinnon steals the laughs while Sam steals the action scenes with his debonair good looks and fighting style. When he dresses up in a tux for a gala in THE SPY WHO DUMPED ME, Sam totally embodies the James Bond type so CineMovie's Valentina Patruno asked the question we'll all be asking - would be consider playing James Bond. Watch the video for his answer.

THE SPY WHO DUMPED ME is now in movie theaters.