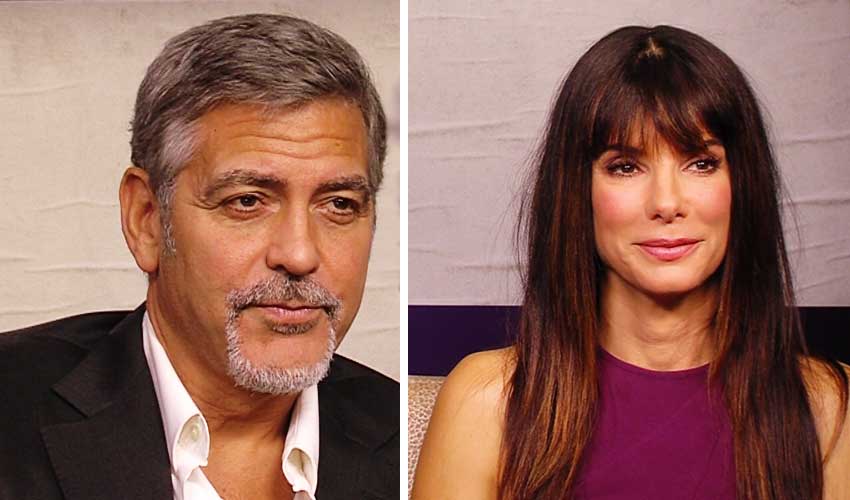 On screen, Sandra Bullock and George Clooney worked together in Gravity, but they have known each other since starting out in Hollywood. The two recently collaborated again as producers on OUR BRAND IS CRISIS, but the star of the movie admits it wasn’t easy, and they had their disagreements with Clooney and his producing partner Grant Heslov about their new film when they changed it from a male lead to a female star.  Clooney and Bullock talk jokingly about their long history together as struggling actors to A-listers in the interview below, but Bullock also discusses the lack of quality roles for women.

During a Los Angeles press conference with the OUR BRAND IS CRISIS filmmakers and the cast, Bullock and Clooney were honest about the difficulties of getting a film made. Bullock also opens up about how she’s changed her strategy when looking for her next role. The roles for women are very limited to romantic comedies, says the actress, so she started to look for comedies passed on by Jim Carrey.  That search eventually led her to OUR BRAND IS CRISIS, and she approached Clooney and Heslov about changing the lead role to a woman.

Listen to the funny and serious exchanges between the two actors in the interview below.