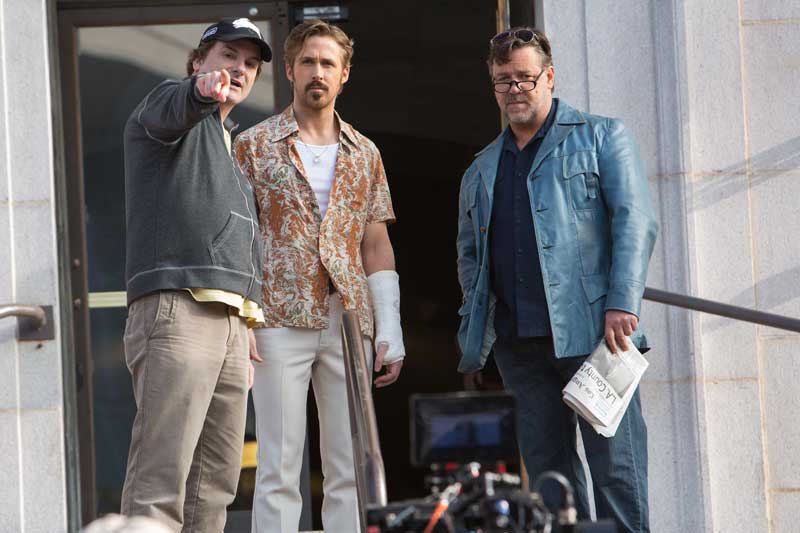 Shane Black co-wrote and directed THE NICE GUYS featuring Russell Crowe and Ryan Gosling like we've never seen before in a comedic fashion. At a recent interview in Los Angeles, Black explains why he likes pitting two opposing characters in his movies, and how Crowe and Gosling created their funny chemistry together for THE NICE GUYS. Producer Joel Silver who has often worked with Black, and he chimes in why Crowe and Gosling made a great team.

Listen to the interview.