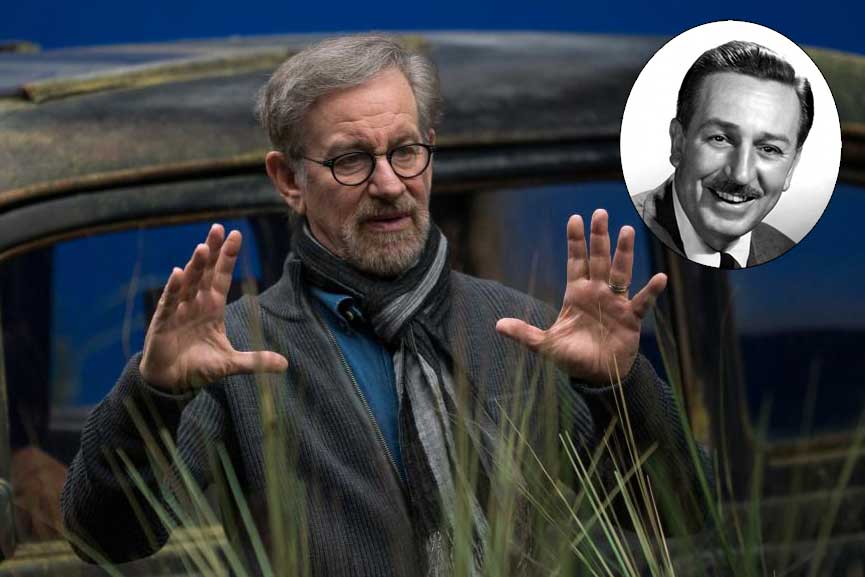 Besides directing Whoopi Goldberg in THE COLOR PURPLE, Steven Spielberg’s films usually feature leading men but that’s not to say his films exclude women. Who can forget Karen Allen as the feisty Marion in RAIDERS OF THE LOST ARK and Laura Dern in JURASSIC PARK. Spielberg says he was attracted to THE BFG because the story centered on a female role.  He looked to Walt Disney for inspiration in adapting Roald Dahl’s fantasy novel.  Listen to what Spielberg had to say about Walt Disney’s influence on his work for his first Disney film.

Directing THE BFG marks the first time he’s worked with Walt Disney Studios. The fantasy adventure film centers on an orphan girl named Sophie who encounters the Big Friendly Giant who whisks her away to Giant Country. Despite his intimidating appearance, the monstrous man is a kindhearted soul who is an outcast among the giants who refuses to eat children.

While out promoting THE BFG, Spielberg told CineMovie the main attraction to adapting the Roald Dahl’s beloved novel was its female protagonist.  He says his interest is rooted in his love of Walt Disney’s movie as a child. First he says he was intrigued by Disney’s balance of horror and redemption. His films “scared” him but five minutes redeemed his fear.

On another level, Spielberg admired Walt Disney’s female protagonists in his movies. He’s the reason we have the iconic Disney princesses.  “He extolled the virtues of strong women,” says Spielberg.  He was looking to do the same with the Sophie character who he describes as “fearless” and with “true grit.”

THE BFG is now playing in movie theaters.

Special Thanks to Angela Ortiz of SeFija Online for asking our question since we couldn’t be there.